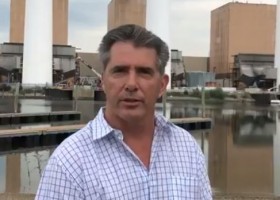 July 20, 2020 1:38 pm / Comments Off on Letter To The Editor Regarding LIPA/NatGrid Tax Case, With Criminal Implications / Read More

This week as we all are told to stay inside, our town now has its own crisis, and the COVID-19 virus, may have saved Supervisor Lupinacci from public ridicule. On March 10, 2020, the town board meeting went into executive session without Supervisor Chad Lupinacci. The resolution 2020-184 (see below) called for the town attorney […]

Huntington Republican Leader Toni Tepe Has Passed Away at 75

April 9, 2020 1:53 pm Comments Off on Huntington Republican Leader Toni Tepe Has Passed Away at 75

Not a new direction.
Supervisor Lupinacci campaigned on a new direction
Updated 1:45pm
OP-ED
POLITICS, NEW DIRECTION , SEXUAL ASSAULT CHARGES, SAME OL SAME OL. NOT MANAGING OUR TOWN, POLITICAL REVENGE, BUT A NEW DIRECTION.
Town Hall sources state that in the last few weeks the Supervisor cannot make decisions. Must be and or could be […]

Suffolk County Executive Steve Bellone today announced that permits for a variety of outdoor activities at Suffolk County Parks are now available for purchase at parks locations across the County.  Permits are required for activities such as horseback riding, camping, night fishing, outer beach access and more.
“After another year of increased attendance across all of […]

“The days of sexual predators being emboldened by the perceived anonymity on the internet are over; with this proposed legislation, offenders will no longer be able to hide behind a username. If enacted, this would provide a critically important tool for law enforcement to protect our most vulnerable population – our children – from the […]

Nobody Is Above the Law Rally in Huntington to Demand Trump Be Impeached and Removed From Office Tuseday December 17, 2019

December 16, 2019 6:15 pm Comments Off on Nobody Is Above the Law Rally in Huntington to Demand Trump Be Impeached and Removed From Office Tuseday December 17, 2019