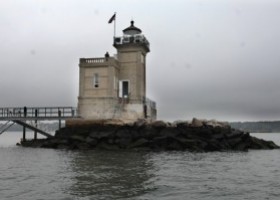 The following were the most widely read stories of 2013 in terms of online page views.  They also appeared in the print edition of our newspaper.
Our most widely read story of 2013 was, The Town of Huntington Retaliates for Citizens’ Free Speech – Lawsuit Announced .  The lawsuit is ongoing and there has been recent developments which […]

November 9, 2013 5:20 am Comments Off on Zoning Change to be Considered to Build Affordable Housing in Huntington Station

A zoning change will be held to consider amending the zoning from R-5 Residence District to C-1 Office-Residence for property located on the west side of Lowndes Avenue between Railroad Street and Columbia Street in Huntington Station.  The .95 acre parcel was rezoned in 2011 to accommodate 8 single family homes with 8 accessory apartments […]

In September 1959 the Town began the Urban Renewal Project in Huntington Station under the Flynn administration and administered by Quentin Sammis, chairman, by condemning all businesses and residences along New York Avenue and Broadway through eminent domain. The project was called General Neighborhood Renewal Plan, better known as (LIFT) “Local Improvement For Tomorrow.” Buildings were taken over […]

Local Huntington Dems are About to Hit an All Time Low

At 1:00 today, there will be a press conference asking Candidate Eugene Cook to step down from his candidacy as Huntington Town Supervisor.
Based on polls, it is likely that Councilman Cook will take over as Supervisor after the November elections.  This has caused panic among those that are profiting greatly by the Petrone and Cuthbertson […]

October 9, 2013 5:16 am Comments Off on The Tale of The Councilman and Two Urban Renewal Projects

Instead the residents of New Cassel endured corruption scandals, empty promises and empty storefronts. Huntington Station is still waiting, after forty years, for its rebirth as well.

The connection between political campaign contributions and municipal contract awards has always been a murky one.

Unofficial Results -with one precinct remaining