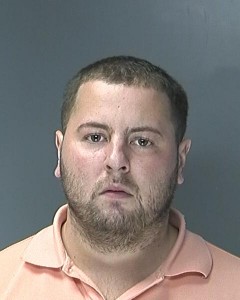 Tarkin, of 31 Lewis Court, was charged with Arson 2nd Degree. He was arrested yesterday by Second Squad detectives for other offenses.

Tarkin is scheduled for arraignment at First District Court in Central Islip on February 23.