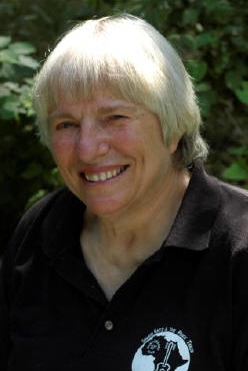 The Folk Music Society of Huntington presents a Phil Ochs Song Night on Saturday, May 5, at the Congregational Church of Huntington, 30 Washington Drive (off Route 25A), Centerport.  Phil’s sister Sonny will host the event. The 8:30 p.m. concert, for which tickets are $20 ($15 for FMSH members), will be preceded by an open mic at 7:30 p.m (sign-up at 7).

Phil Ochs was an American troubadour who passionately believed that he and his music could help change the world. Many of his songs became anthems for the anti-war movement during the turbulent 1960s, and his music continues to influence and inspire songwriters today – more than 35 years after his death.  Among his best known songs are “Changes,” I Ain’t Marching Anymore,” “Small Circle of Friends,” “There But For Fortune” and “When I’m Gone.”
“The Folk Music Society of Huntington was pleased to join with the Cinema Arts Centre last year in co-presenting two screenings of the documentary “Phil Ochs: There But For Fortune,” during which Sonny Ochs, Phil’s sister, shared some thoughts on her brother and on the film,” said Michael Kornfeld, its president.  Since 1983, Sonny has been producing Phil Ochs Song Nights, featuring talented artists who perform both Phil’s songs and their own to show that the art of topical songwriting is still alive and well, he noted. “We presented one of these song nights several years ago and are delighted to welcome Sonny Ochs back to host another one on May 5.” The evening’s featured artists include the male harmony trio Brother Sun (Greg Greenway, Joe Jencks and Pat Wictor), female duo Emma’s Revolution (Pat Humphries and Sandy Opatow), singer-songwriter John Flynn, and husband-and-wife duo Magpie.
.
Now in its 43rd year, the Folk Music Society of Huntington presents two monthly concert series, a monthly folk jam and sing-along, and an annual folk festival in conjunction with the Huntington Arts Council. For more information, visit www.fmsh.org or call 631-425-2925.
Story by Michael Kornfeld
Photo credits: Sonny Ochs photo by Jayne Toohey.
Facebook Comments must be signed into Facebook