April 27, 2012 7:41 am | Filed under: Huntington Union Free School District,News | Posted by: The Huntingtonian

Five candidates will be on the ballot when Huntington School District residents go to the polls on Tuesday, May 15 to fill three seats on the School Board. Voting will be held at Huntington High School from 6 a.m. to 9 p.m.

Tom DiGiacomo, Bill Dwyer, Xavier Palacios, Emily Rogan and Susan Tully are all out and about campaigning around town. Candidates run at-large, instead of for a specific seat or against a specific opponent. The top three vote-getters in the election will earn three-year terms commencing July 1, 2012 and running through June 30, 2015.

The following are snapshot profiles of the five candidates:

Tom DiGiacomo is a 1979 Huntington High School graduate. He holds an associate’s degree in business and has a professional 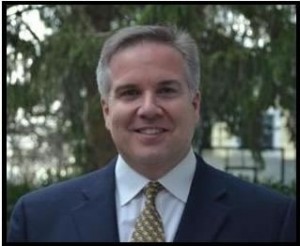 background in the technology field.

Mr. DiGiacomo has handled products and solutions for businesses ranging from small companies to Fortune 50 ones. His experience includes project and budget management, finance and implementing technology solutions.

A regular attendee of Huntington School Board meetings for the past seven years, Mr. DiGiacomo is co-chair of the district’s Shared Decision Making Committee. He and his wife, Nancy are Woodhull School PTA members and she serves as the group’s treasurer. The couple has a sixth grader at Woodhull. 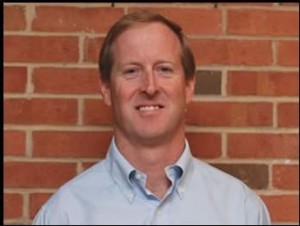 Bill Dwyer and his wife, Karen, have resided in Huntington for the past 15 years. They have three boys attending district schools.

Mr. Dwyer, who previously served three years as Huntington School Board president, works as an account executive for a Hauppauge company advising school districts throughout the Northeast on how to make the best use of their student information system. His most recent focus has been on building cutting edge tools to analyze student performance data.

An officer in the Huntington Village Lacrosse Club for the past six years, Mr. Dwyer is a member of St. Patrick’s Church and the Ancient Order of Hibernians. He enjoys spending time outdoors with his family. 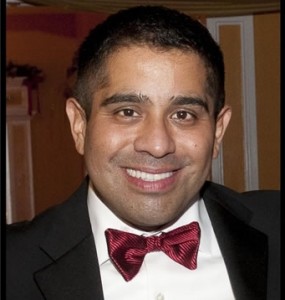 Xavier Palacios graduated with Huntington High School’s Class of 1988. He earned degrees at Columbia University and Boston University School of Law and is the owner and managing partner of a Mineola-based law firm.

Mr. Palacios and his wife, Laura have three children, including a daughter attending Finley Middle School and two other daughters not yet of school age. In 2008, he purchased and renovated a distressed property in Huntington Station where he conducts a satellite law office along with a community revitalization non-profit organization.

Mr. Palacios has made mentoring a priority in his life. At Columbia, he taught SAT prep and biology courses to inner city students. He has been recognized for his work in the community and his efforts to strengthen opportunities for young people. 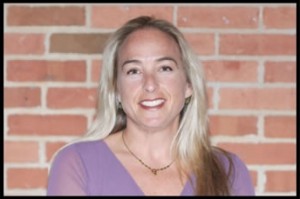 Emily Rogan is completing her second term and is the Huntington School Board president. A Huntington High School graduate, Mrs. Rogan earned a Bachelor’s Degree at Cornell University and a Master’s at New York University. She works as a freelance writer.

Mrs. Rogan’s husband, Bob, is also a Huntington graduate. Their son, Henry, is a Huntington High School sophomore and their daughter, Julia, is a Woodhull School sixth grader. The family is active in local leagues and community organizations.

Mrs. Rogan has been a member of the Lowndes Avenue Task Force and Comprehensive Health Advisory Committee. She participated on a team of educators working with NYU experts to improve the school climate. She regularly attends conferences and advocacy workshops on behalf of her fellow trustees. 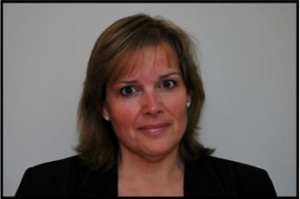 Susan Tully grew up in the Town of Huntington and has resided in the Huntington School District for over 15 years. A Walt Whitman High School graduate, she earned a Bachelor’s degree in accounting at C.W. Post College.

As a CPA and senior financial executive, Ms. Tully has over 30 years experience working with multinational and entrepreneurial companies.

Ms. Tully is a 2012 graduate of Leadership Huntington. She regularly attends school board meetings and is a frequent speaker during public commentary.

To vote in the election, an individual must be a U.S. citizen, 18 years of age or older, a resident of the Huntington School District for at least 30 days and registered to vote in a general election or with the school district.

For information on voter eligibility or absentee ballots contact Mrs. Troffa at 673-2126.