As has been the tradition for many years, the Huntington Elks opened their doors to hot, thirsty, and hungry Girl Scouts, Boy Scouts and Cub Scouts after the Town of Huntington Memorial Day Parade.

The Scouts host, Bob Gaun, is the newly elected Exalted Ruler of the Huntington Elks. Members of the Elks volunteered by serving the parade-weary marchers hot dogs, mac and cheese, salads and drinks.

During the event, long time Elk Lodge Trustee and Veteran, Alex Kankula, was honored for his many years of service to the Elks, our nation as a veteran, and to the Huntington community.

The volunteer spirit is best embodied in these two fine organizations. Girl Scouts, Boy Scouts and Cub Scouts together with Elks represent the meaning of being involved in community service and local organizations. To join the Elks, visit their web site at www.huntingtonelks.org. 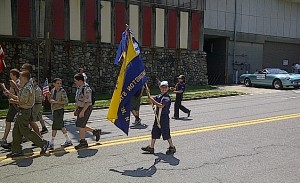 Photo left: Pack 34 was among over half a dozen Girls and Boy Scout Troops marching in today’s parade 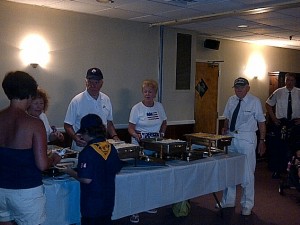 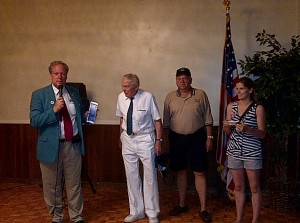 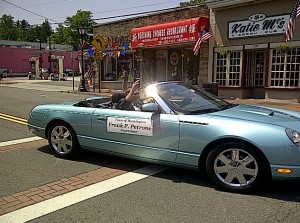 Photo above right: Bob Kaun congratulates Alex Kankula who is joined by his son Joe and his granddaughter Kerri.

Photo above left: Supervisor Petrone waving to the crowd. When asked about his recent back problems, he commented he was feeling great and ready for his re-election campaign in 2013.