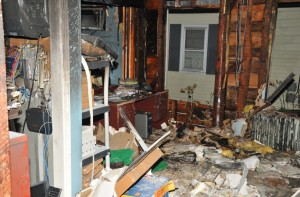 Quick action by the Cold Spring Harbor Fire Department saved an 1800’s era building after a blaze broke out in a Law Office at 85 Main Street during the heat wave on Thursday evening, June 21. Cold Spring Harbor firefighters were alerted to the alarm at 7:48 p.m., and responded with two engines, a ladder truck and ambulance. Mutual aid for additional apparatus and firefighters was requested from the Halesite FD, Huntington Manor FD, and Atlantic Steamer FD in Oyster Bay, with Huntington FD providing standby coverage.  Upon arrival, firefighters were confronted with a fire on the first floor and heavy smoke throughout the building. About 50 firefighters aggressively attacked the blaze which was quickly brought under control, containing the damage to the first floor with slight extension to the second floor. Units were under the command of Cold Spring Harbor Fire Chief Chris Ingwersen, who praised the firefighters for their excellent job and thanked the mutual aid departments for their assistance.  The Suffolk Police Arson Squad and Huntington Town Fire Marshal are investigating.  There were no injuries reported. 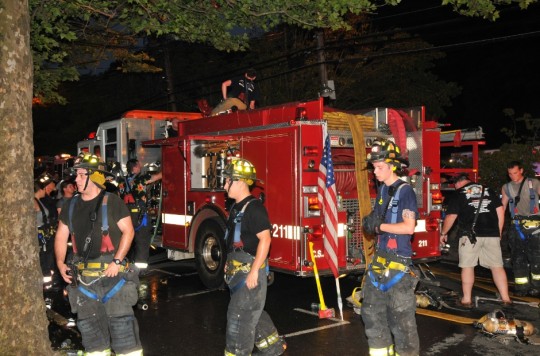 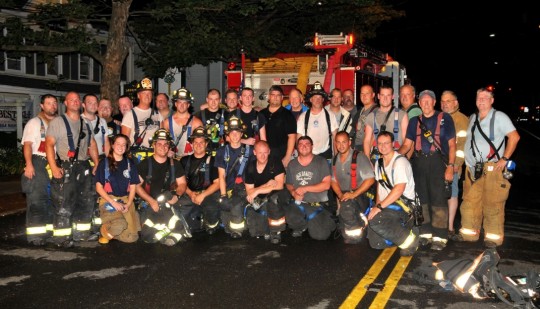