July 6, 2012 7:58 am | Filed under: Huntington Union Free School District | Posted by: The Huntingtonian 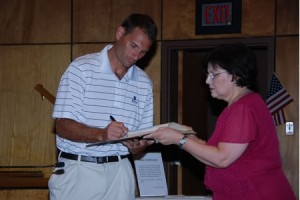 Huntington School Board members unanimously re-elected trustees Emily Rogan and John P. Paci III to serve as the body’s president and vice-president, respectively, during the group’s reorganization meeting on July 5 in the Jack Abrams School auditorium.

New trustees Tom DiGiacomo and Xavier Palacios were sworn into office by District Clerk Elizabeth Troffa at the beginning of the meeting. The pair was elected this past May to serve three year terms running through June 30, 2012. They replace retiring trustees Elizabeth Black and Kimberly Brown, both of whom declined to seek re-election.

Mrs. Rogan, Mr. Paci and Superintendent James W. Polansky were each administered the oath of office, as required by state law. 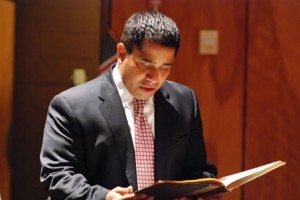 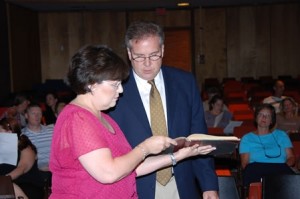 Trustees took the following actions during the reorganization meeting:

• Appointed Elizabeth Troffa to serve as district clerk during 2012/13.

• Appointed Jill Miranda to serve as district treasurer during 2012/13.

• Appointed Guercio & Guercio, LLP as the district’s labor counsel for 2012/13 with a retainer of $80,000 and an hourly litigation rate of $240 per hour for litigation services other than those related to the collective bargaining agreement.

• Readopted the district’s code of conduct.

• Authorized 89 organizations to use district facilities pending their applications and adherence with district residency requirements.