August 24, 2012 7:50 am | Filed under: Around Town,Huntington Union Free School District,News | Posted by: The Huntingtonian 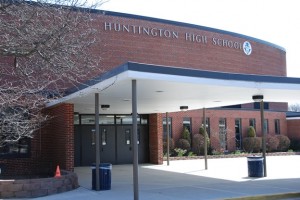 Huntington High School’s Advanced Placement Scholar ranks soared this year with 105 students being recognized for their fine performance on a series of challenging exams, 26 more than in 2011.

“The recently released results demonstrate that more students are choosing to challenge themselves by engaging in Advanced Placement level course work,” Superintendent James W. Polansky said. “As evidenced by the results, as well as within data associated with students earning AP Scholar status, more students are meeting with success in AP courses and on the exam. Our goal is to continue to expand upon this success each year.”

Impressively, seven Huntington students garnered National AP Scholar awards. To do so requires an average grade of at least 4 on all AP exams taken and grades of 4 or higher on eight or more of these difficult tests. In the previous five years the school has had 29 National AP Scholars after having just 14 in the six year period from 2003 to 2008.

The following is a breakdown of Huntington High School’s Advanced Placement honorees over the past decade: