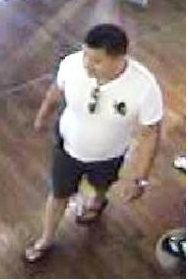 Suffolk County Crime Stoppers and the Second Squad Detectives are seeking the public’s help to identify and locate the two male subjects who stole more than $2,100 worth of apparel from the GAP store at the Walt Whitman Mall in South Huntington.

On Friday, July 20, 2012 two unknown Hispanic males entered the GAP store, separately, and took 31 pairs of jeans from the display area. The two males put the merchandise into shopping bags and then left the store separately without paying for the merchandise.
One subject was described as a Hispanic male, about 30 years old, clean-shaven with dark hair that was short and neat. He was wearing dark colored shorts, flip flops, and a white t-shirt with a dark colored symbol on the left side of his chest. 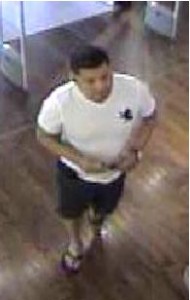 The other subject was also a Hispanic male, and he appeared to be taller. He wore long, light colored pants with a white collared shirt with a dark colored symbol on the left side of his chest.