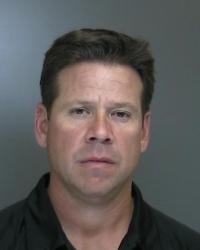 Robert Sanfilippo manages a youth baseball team, named the Long Island Vengeance, consisting of 10 and 11-year-old boys. He got into an altercation with another coach at a tournament in May. He later bought an untraceable phone.

Starting in August, Sanfilippo sent several text messages with pictures, threatening to do harm to the victim, his son, and his wife. Fourth Precinct Crime Section officers conducted an investigation, and determined the phone belonged to Sanfilippo. Sanfilippo was arrested during a game at Baseball Heaven, located at 350 County Road 101, in Yaphank, at 5:15 p.m.

Sanfilippo, 45, of 20 Timber Ridge Dr., Huntington, is charged with 20 counts of Aggravated Harassment and one count of stalking. He is scheduled to be arraigned at First District Court in Central Islip on September 22.