One Dead & 33 Injuried In LIE Crash 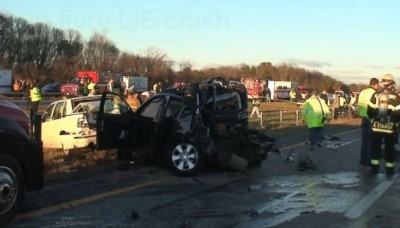 Police responded to the Long Island Expressway after several 911 callers reported a crash involving multiple vehicles, just west of the William Floyd Parkway, at 2:38 p.m. on December 19.  Raymond Simoneau, 42, of Rockingham, Vermont, was driving a tractor-trailer eastbound on the LIE when his vehicle struck a number of cars. Following the initial collision, a chain-reaction crash occurred. A total of 35 vehicles were involved. The tractor-trailer, which was carrying storm debris, and two additional vehicles caught fire and were extinguished by fire department personnel. 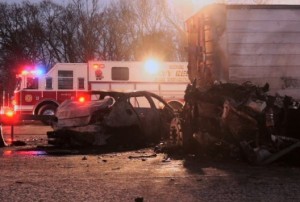 A Blue Point woman, 68, was driving a Toyota Camry eastbound on the LIE when her vehicle was involved in the crash. The woman was pronounced dead at the scene by a physician assistant from the Office of The Suffolk County Medical Examiner. Approximately 33 people were injured and were transported to area hospitals including Peconic Bay Medical Center in Riverhead, Brookhaven Memorial Hospital in East Patchogue, Stony Brook University Hospital and St. Charles Hospital in Port Jefferson. At least one of those injured, a 57-year-old man, is in serious condition.

The Long Island Expressway was closed in both directions between exit 66 and exit 69 at approximately 3 p.m.  The eastbound lanes remained closed overnight. The westbound lanes reopened before the morning commute. Five fire departments responded to the scene as well as 19 Emergency Medical Services (EMS) agencies.+ The tractor-trailer and some of the vehicles will be impounded for safety checks. The investigation is continuing. 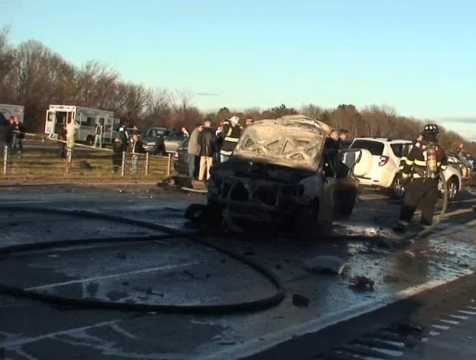 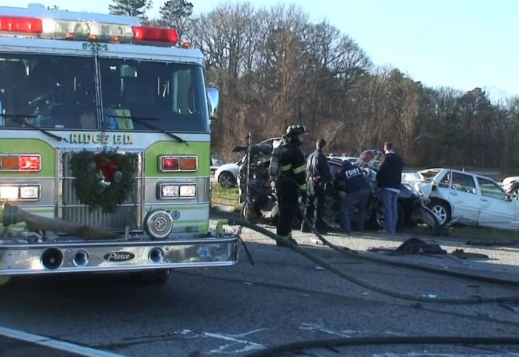