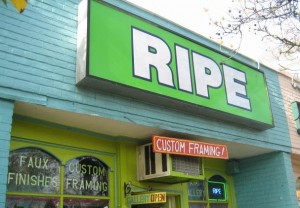 Local filmmaker Strangio has created and hosts this brand new live show concept that features special guest film historian/filmmaker Glenn Andreiev stopping and starting the movie to inform the audience of behind-the-scenes facts and improvisational comedic bits. The featured film is “NIGHT OF THE LIVING DEAD”, without a doubt the granddaddy of all Zombie films.

The STOP-n-START MOVIE takes the movie commentary track concept one step further by actually stopping the film so you can hear (and see) the info about a particular scene or interesting factoid.  This show will feature comedic comments by host Steve Strangio as movie expert Andreiev informs us of fascinating trivia about the movie.  Interactive trivia games, zombie themed improve, and special guests round out this totally immersive night of movie entertainment.

A $5 donation gets you in the door for the The STOP-n-START interactive movie experience.

ABOUT Glenn Andreiev: Self taught film maker, Andreiev learned most of his film-making skills by working on cult film “Street Trash” in 1985. His sister was the popular Lower East-side punk star Wendy Wild (1956-1996), and his father Alexis designed major portions of the Lunar Module for NASA during the Apollo years.