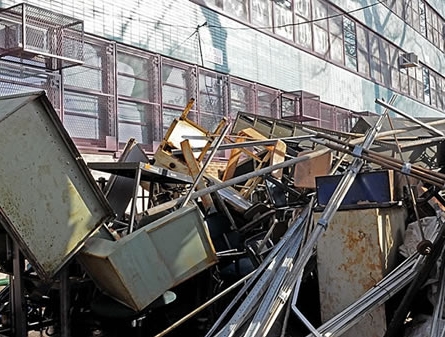 Rockwood Park School-P.S. 207 in Howard Beach, Queens suffered devastating damage at the hands of Hurricane Sandy, with massive flooding through much of the building. Riding to the rescue was Washington Primary School in the Huntington School District. They “adopted” several of Rockwood’s grade levels in an effort to help students and teachers in the building get back to normal.

“Due to the fact that the schools in our district did not suffer any physical damage, we thought it would be a good idea to adopt a school that needed help,” said Debbie Quiles, a Washington kindergarten teacher who coordinated the initiative through Schools Adopting Schools. Washington Principal Marsha Neville was supportive of the effort.

Rockwood has an enrollment of 800 students in pre-K through eighth grade. Washington adopted the pre-K-second grade level. Schools in New Hampshire (third through fifth) and Illinois (sixth through eighth) adopted Rockwood’s other grade levels.

“During the hurricane, Rockwood Park’s basement was flooded,” Ms. Quiles said. “This caused the oil burner to become detached from its pipes spilling oil and creating an unsafe environment in which to hold classes. Almost everything in the entire school (basement plus three floors) was saturated with the smell of oil.  Students of the school were relocated to two other schools.”

Due to the intense cleanup of oil covered materials, many of the students personal items were either damaged or discarded.

Ms. Quiles worked with Rockwood third grade teacher Stephanie Hanley, who compiled a list of needed items after consulting with the Queens schools’ faculty. Rockwood’s students had been relocated, with pre-K through third grade attending classes in a nearby school’s gymnasium and fourth through eighth graders going to a school in Brooklyn. They returned to school on January 2.

“These items will hopefully provide the children with a sense of normalcy and make the transition back to school easier,” Ms. Quiles said. “Whether it is a box of crayons or several rolls of paper towels, all contributions will be greatly appreciated.”

The items will be delivered to Rockwood Park School this Thursday, January 31st.