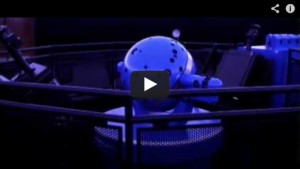 The Suffolk County Vanderbilt Museum will reopen its renovated, $4-million planetarium to the public on Friday, March 15, with all-new shows at 8:00 and 9:00 p.m. A private reception for donors and supporters will be held on Thursday, March 14. The planetarium’s winter-spring schedule features shows on Friday, Saturday and Sunday.

Audiences will see not only new shows produced by planetariums in Britain, China and the United States, but also extraordinary NASA imagery recorded by the Lunar Reconnaissance Orbiter and other satellites. The ultra-high-definition video can take the audience on jaw-dropping journeys to the outer reaches of the Universe.

The planetarium console operator is effectively the pilot and controls the speed and direction of each flight:

* On one flight, Earth can be seen from faraway in space — with the bright, concentrated lights of America’s huge metropolitan regions clearly visible. Then the trip can take the audience to Long Island or to anywhere else on the planet.

* One journey can take viewers from high above Mars down to the lunar surface, to a closeup of a lunar-exploration vehicle, then around the vehicle.

* Three new shows (with others to debut during the coming year) will appeal to a range of ages, from young children to adults. These shows, too, take the audience on breathtaking flights to the stars.

“We’re very excited,” said Ronald Beattie, president of the Vanderbilt’s Board of Trustees. “It’s a new day at the Vanderbilt — our planetarium is now one of the finest and most advanced in the country. Visitors will be amazed at the imagery produced by cutting-edge technology. Our world-class planetarium will become a must-visit destination for local residents and regional visitors.

“The best part is that Long Islanders who grew up visiting the Vanderbilt Planetarium with their science classes and scout troops will now have a completely fresh and thrilling adventure. And many will be bringing their children or grandchildren for the first time.”

Suffolk County provided $3.9-million in financing. The most significant private support — a gift of $100,000 — came from William Rogers, a longtime member of the Vanderbilt Museum Board of Trustees, and his wife, Mollie Rogers.

“We are especially grateful to Bill and Mollie Rogers,” said Lance Reinheimer, interim executive director of the Vanderbilt. “They not only passionately support the museum and its education programs, but also believe strongly in its future and its enduring value to Long Island.” The planetarium theatre is named the William and Mollie Rogers Theatre.

Suffolk County built the planetarium in 1971 as a way to produce operating income to supplement the museum’s original Vanderbilt trust fund. The planetarium — also a testimony to William K. Vanderbilt II’s keen interest in science and astronomy and his use of celestial navigation while traveling the oceans — coincides with the science-education aspect of the museum’s mission.

In addition to technological and infrastructural improvements, enhancements include ergonomically designed theatre seats, new carpeting, an on-line digital ticketing and reservation system, and a refurbished museum gift shop. The Vanderbilt’s goal for the renewed facility is to substantially increase attendance and admissions revenue.

The renovation design allows the star projector to retract out of audience sight lines. This feature, along with removable rows of seating, will provide flexibility for the Rogers Theatre to be a venue for lectures, performing arts and large-group meetings. Flexible theatre space will allow the museum to expand its audiences, visibility and regional appeal, and will broaden its ability to generate income.