Former NY Jets Running Back, Freeman McNeil, visited Halesite’s firehouse on February 12th to sign one of eight game footballs given to him during his NFL career. The football, given to McNeil following his stellar performance against the Buffalo Bills on September 15, 1985, was donated to Halesite’s Hose Rescue Company and raffled off at its annual Super Bowl Sunday Pancake Breakfast.

Halesite firefighter Kevin Kelly won the ball and met with McNeil to have it signed in person. On hand for the signing were members of Halesite’s Hose Rescue Company. McNeil posed for photographs and also took time out to look over Halesite’s mini-pumper, 222. McNeil told the gathered members how proud and honored he was to meet them, saying “you are the real heros”. 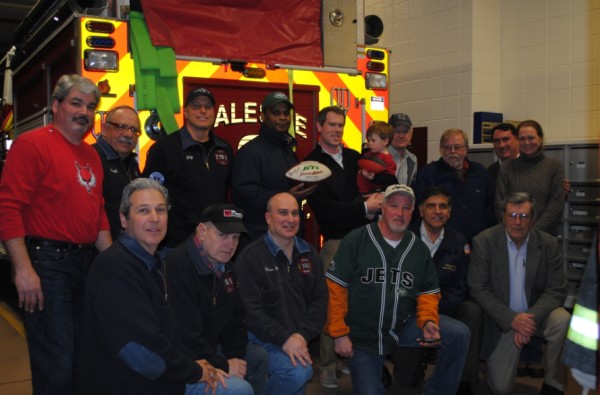