Suffolk County Police today arrested parents of a toddler for driving with a lit marijuana cigarette, with their toddler in the car in Huntington today. 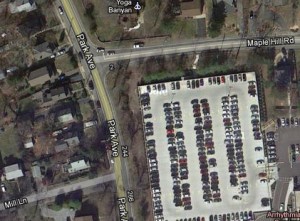 Paul Rice was driving a 2004 Mitsubishi Galant southbound on Park Avenue, when he failed to use his turn signal when he turned onto Maple Hill Road at approximately 3:40 p.m. Rice was stopped by 2nd Precinct Patrol Officer Jeffrey Michaels. Officer Michaels observed a burning marijuana cigarette in the center console as well as a strong smell of burning marijuana within the vehicle. Inside the car was Alyssa Moore, 21, and their two-year-old son.

Further investigation revealed that Moore and Rice had been smoking marijuana while traveling in the car.

The child was released to relatives.

Rice and Moore are scheduled to be arraigned at First District Court in Central Islip on March 23.