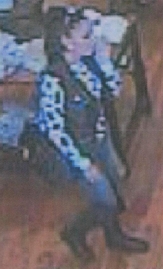 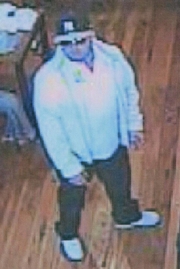 On Monday, March 11, 2013, between 7:00 a.m. and 6:00 p.m., an unknown person illegally entered a residence on Tanglewood Road in West Islip.  They stole jewelry and a credit card. The homeowner later learned that the credit card was used on the same day to purchase merchandise at various stores in Huntington Station.

Two suspects were caught on surveillance video purchasing over $1300 worth of clothing with the victim’s credit card at the True Religion store at the Walt Whitman Mall, located at 160 Walt Whitman Road in Huntington Station.

One suspect is described as a white male with a stocky build. He was wearing black pants, a white shirt, a light-colored jacket, white shoes and a cap on his head. The other suspect is described as a white female with a thin build and long dark hair that was pulled back from her face. She was wearing a black and white shirt under a black vest, and blue jeans with dark boots.