Suffolk County Police today arrested a woman who drove with her 13-year-old son, 15-year-old daughter, and another 15-year-old male in her car and 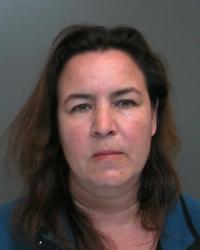 encouraged them to shoot out windows of parked cars with a BB gun she purchased for them.

The Fourth Precinct Crime Section, with assistance from detectives from the Fourth Squad, were investigating more than 60 incidents of criminal mischief to car windows in the Islandia, Hauppauge, and Commack areas over the past two weeks. An investigation revealed Susan Becker drove the three youths and encouraged them to shoot out the windows. Becker was arrested today at the 4th Precinct in Hauppauge at 5:13 p.m.

Becker is scheduled to be arraigned at First District Court in Central Islip on April 20.