On Sunday May 5, 2013 at 2:00 pm, Join star Sally Kellerman at a special screening of Robert Altman’s classic black comedy

As the original Major Margaret “Hot Lips Houlihan”opposite Elliott Gould, Donald Sutherland and Robert Duvall in Robert Altman’s iconic, wildly successful 1970 classic black comedy M*A*S*H(upon which Alan Alda’s long-running TV sit-com was based), the incomparable Sally Kellerman etched herself indelibly into the minds, hearts – and for many, the deepest fantasies – of an entire generation. No wonderKellerman was nominated for both an Academy Award and Golden Globe.

As Kellerman recounts in her fabulous new memoir- aptly titled READ MY LIPS -legendary independent filmmaker Robert Altman was so taken byKellerman that she became one of his favorite actors in such classics asBrewster McCloud, Welcome to L.A. (opposite Sissy Spacek), and Prêt-à-Porter. She also starred opposite Alan Arkin in The Last of the Red HotLovers; with Jodie Foster inFoxes; with Sir Laurence Olivier and Diane Lane in A Little Romance, and as Rodney Dangerfield’s love interest in the zany comedy Back to School. 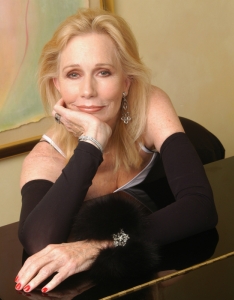 Still sexy and sultry – and with that unmistakable seductive, velvety voice that has made her “Queen of Voice Overs” (Wall Street Journal) in animation and commercials, Sally Kellerman continues acting even while performing as a cabaret singer and recording artist.

The evening’s interview will be conducted by CAC favorite Foster Hirsch.

In READ MY LIPS: Stories of a Hollywood Life, Kellerman shares colorful tales of a struggling young actress waiting tables with Jack Nicholson, bringing espresso to the likes of Marlon Brando, Steve McQueen, and Warren Beatty, and being invited by Ringo Starr to “drop over” while out watering her lawn one morning in her bathrobe. There follows accounts of landing a prestigious Verve recording contract, dating Henry Kissinger, and otherwise making the transition from the innocence and repression of the 1950s to the free spirit of the late 1960s – a spirit that still clings to her as the essence of off-beat, sexy cool. (USA, 1970, 116 mins, color, 35mm)