Man Killed After Car Overturns and Lands in Huntington Harbor

Suffolk County Police Second Squad detectives are investigating a one-car crash that killed a Huntington Station man after the vehicle he was driving crashed into Huntington Harbor last night.

Edward Franz was driving a 2005 Chevrolet Suburban southbound on West Shore Road in Huntington, when he apparently lost control of the vehicle on a curve at approximately 5:25 p.m.  The Suburban struck a guardrail, became airborne, rolled over and landed upside down in approximately six feet of water in Huntington Harbor.  Four good Samaritans jumped into the water, used a rock to break a window and rescued the passenger Liam O’Mara from the vehicle.   Police Officers Jeffrey Michaels, Robert Musial, John Murray, John Dreyer, Charles Marchiselli, and members from the Huntington Fire Department, rescued Franz from the vehicle.

The investigation is continuing.  At the time of the crash, the road was wet due to rain. 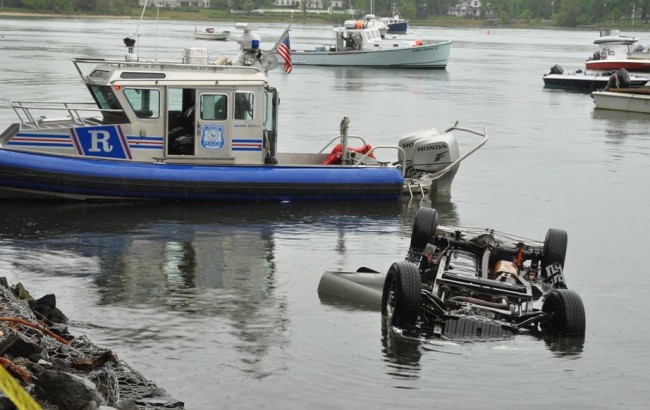