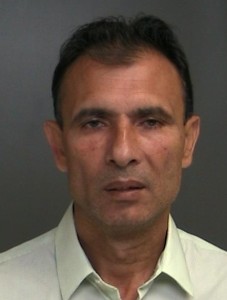 Identity Theft Section detectives arrested Marian Serban on March 13, 2013, after an investigation revealed that he had placed a skimming device and pinhole video camera on an ATM at the Astoria Federal Savings bank located at 33 Main St., Kings Park.

Serban, 43, resides in Romania and has been known to stay at various hotels when in the United States and he has previously traveled to Miami, Florida and Las Vegas, Nevada.  Serban was arrested at First District Court located at 400 Carleton Ave., Central Islip at 11:45 a.m. after a court appearance for the March 13 incident.  He was charged with Grand Larceny 3rd Degree, two counts of Identity Theft 2nd Degree and Identity Theft 3rd Degree.

Serban will be held overnight at the Sixth Precinct and is scheduled to be arraigned at First District Court on June 13.