June 27, 2013 8:52 am | Filed under: Dix Hills,Huntington Station,Melville,News | Posted by: The Huntingtonian Staff 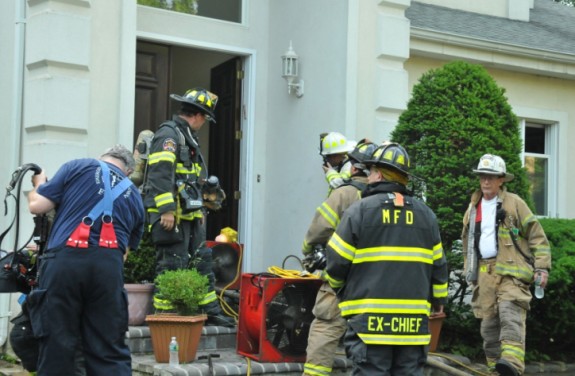 Melville Fire Department volunteers were called to battle a basement fire in a home on Beaumont Drive, Wednesday morning, June 26, at 6:35 a.m.  Firefighters quickly knocked-down the blaze which was brought under control within 15 minutes, confining the fire damage to the basement. The Dix Hills Fire Department assisted with a Rapid Intervention Team, and the Huntington Manor Fire Department provided a standby engine at Melville’s headquarters.

About 50 firefighters and rescue personnel were on the scene with three engines, a heavy rescue truck, ladder truck, and an ambulance, under the command of Chief Michael Carrieri.  There were no injuries reported, and the Melville and Huntington Fire Marshals are investigating the cause of the fire. 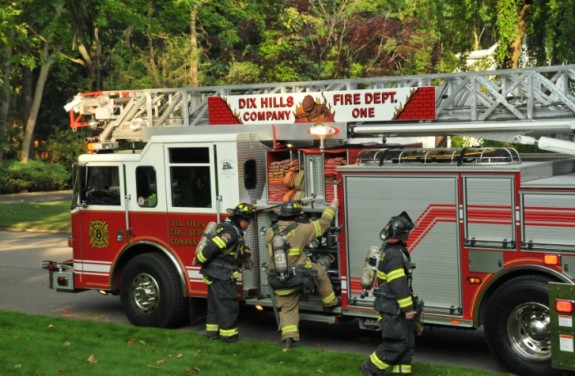