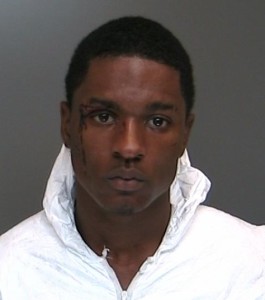 On Tuesday, July 9, at approximately 10:40 p.m., Fourth Precinct Squad detectives responded to a call about a disturbance on the Indian Hollow School property involving several people. They discovered that two 19-year-old males had been stabbed.

Clyde Ricks was arrested as he attempted to flee the scene and was charged with Assault 1st Degree and Assault 2nd Degree for stabbing Guy Derival and Nick Governale, both of Commack. Derival and Governale were transported to Stony Brook University Hospital via Commack Ambulance. Derival, 19, who sustained multiple stab wounds to his chest, is listed in stable condition. Governale, 19, sustained non-life-threatening stab wounds to his upper arm and hip.

Ricks is from Bay Shore and is 20 years old. He is being held at the Fourth Precinct and is scheduled to be arraigned at First District Court in Central Islip today.

Detectives are asking anyone with information about this incident to call the Fourth Squad at 631-854-8452 or anonymously to Crime Stoppers at 1-800-220-TIPS. All calls will be kept confidential.