Volunteers from the Greenlawn Fire Department responded to battle a house fire on Broadway near Lantern Street, Wednesday night, July 10, at about 10:20 p.m.  Greenlawn firefighters quickly had the fire under control, which was contained to one room of the home.  Two of the residents, a woman and child, were transported to Huntington Hospital with smoke inhalation by the Greenlawn Rescue Squad. Sixty firefighters were on the scene with five trucks and two ambulances, under the command of First Assistant Chief Kurt Allen, supported by Second Assistant Chief Mike Zeis and Third Assistant Chief Mike Bellis. The Dix Hills Fire Department assisted with a Rapid Intervention Team, and an engine from the East Northport Fire Department stood by at Greenlawn’s headquarters. Suffolk Fire-Rescue Coordinators provided assistance, and the Suffolk Police Arson Squad and Huntington Fire Marshal are investigating. 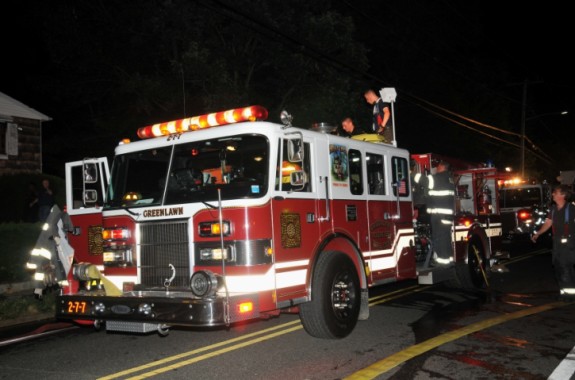 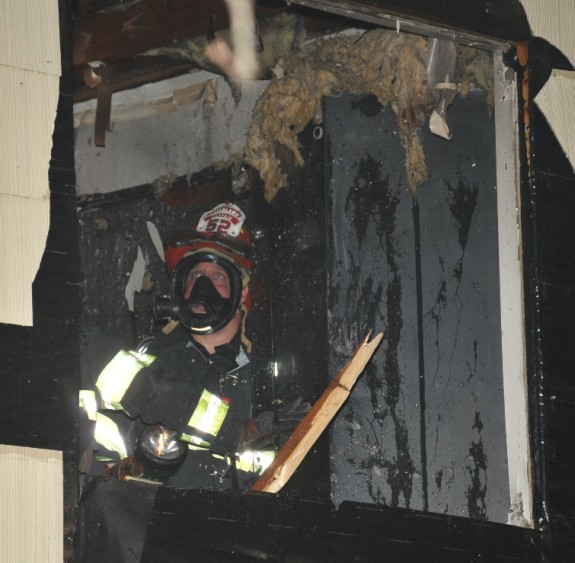 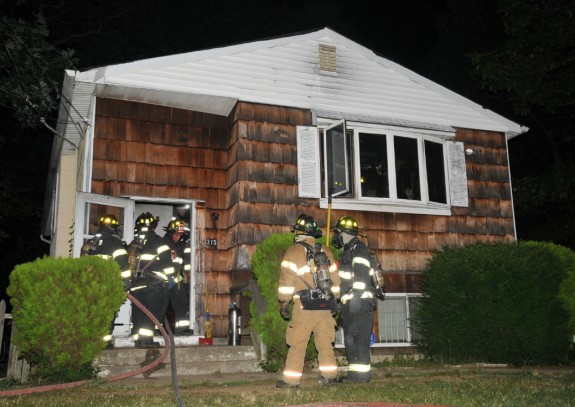