Volunteers from the Dix Hills Fire Department responded to a crash involving a motorcycle and a sports utility vehicle on Wolf Hill Road at the eastbound entrance ramp to the Northern State Parkway, Wednesday night, July 17, at about 10:10 p.m.  Dix Hills Rescue Squad personnel aided the injured motorcyclist, a 35-year-old man, who suffered serious but non-life-threatening injuries. The patient was transferred by ambulance to a Suffolk Police medivac helicopter that landed in the parking lot of the nearby Half Hollow Hills High School West, and transported to Stony Brook University Medical Center for treatment. The driver of the SUV, a GMC Denali, was not reported injured. About 25 Dix Hills firefighters and emergency medical personnel were on the scene with two ambulances, two heavy rescue trucks, an engine, and paramedic responder, under the direction of Chief Tom Magno, supported by First Assistant Chief Robert Fling, and Third Assistant Chief Alan Berkowitz. 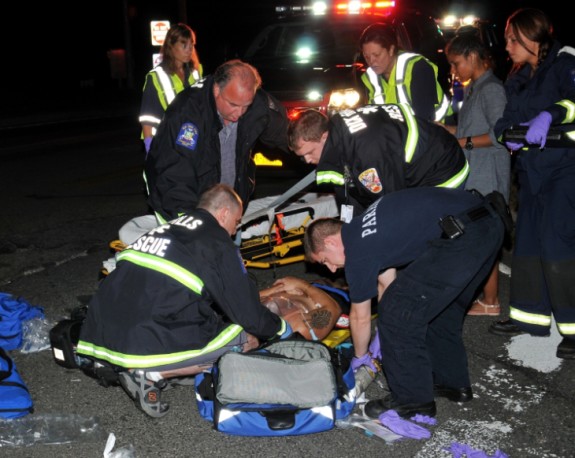 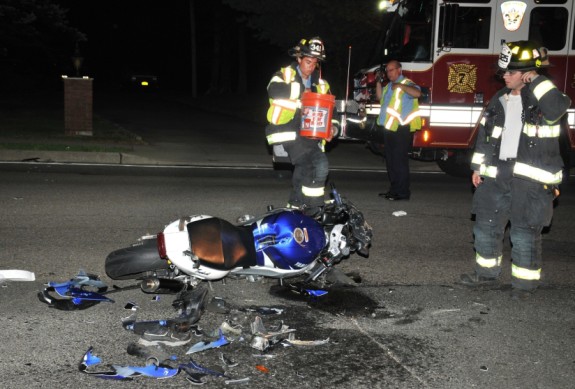 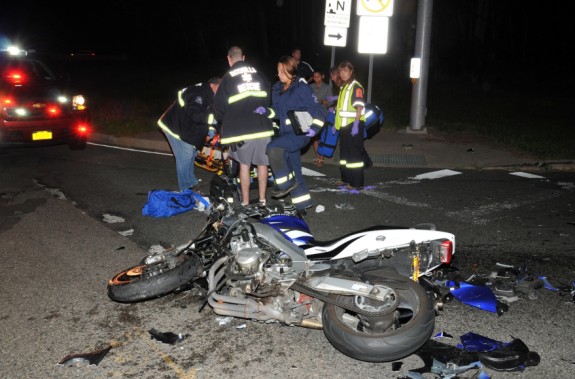