On Friday afternoon, July 26, at about 2:44 p.m., the Huntington Manor Fire Department dispatcher received numerous calls for a structure fire at Tilden Car Care Center, located at 800 New York Avenue in Huntington Station. Arriving first on scene, Third Assistant Chief Jon Hoffmann was confronted with a fully-involved fire condition from the building. He immediately requested mutual aid from the Huntington Fire Department for a ladder and engine, and Greenlawn Fire Department for an engine to the scene.  Due to the heavy volume of fire, compromised roof and numerous autos inside the shop, it was determined this would be an exterior attack. The electric lines feeding the building burned through, sending live wires to the ground and hindering firefighting operations. Over 80 firefighters using 12 trucks from the three departments battled the blaze, under the command of Chief Fred Steenson, Jr., and Assistant Chiefs Frank McQuade and Jon Hoffmann. The Huntington Community First Aid Squad transported an employee of the auto shop with burns to his hands and arm to Huntington Hospital, and several firefighters were treated at the scene for heat exhaustion. The Dix Hills Fire Department provided a standby engine at Manor’s Headquarters. Chief of Department Fred Steenson, Jr., declared the fire under control at 4:14 p.m. The fire appears to be accidental, but is under investigation by the Town of Huntington Fire Marshal and Suffolk County Police Arson Squad. A total of six cars and the building were destroyed in the blaze. 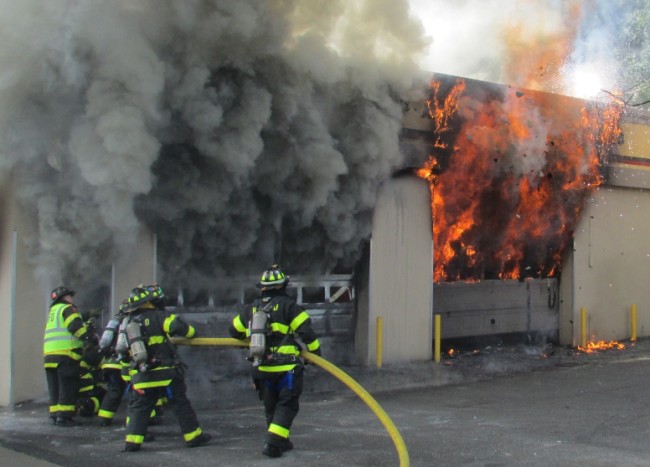 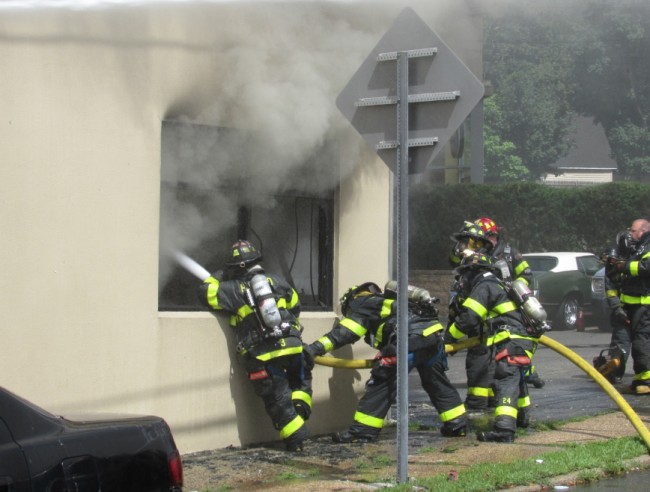 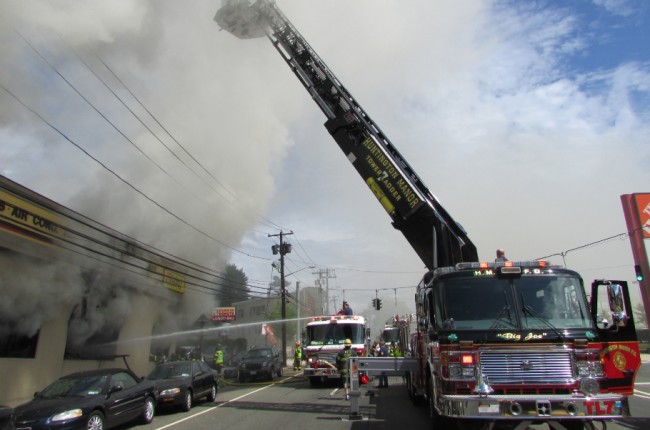 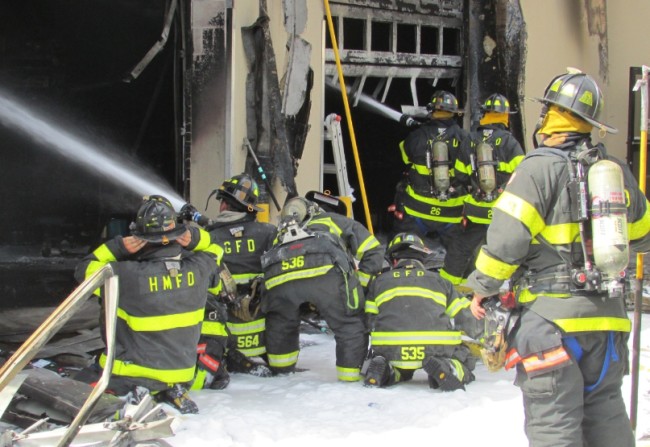