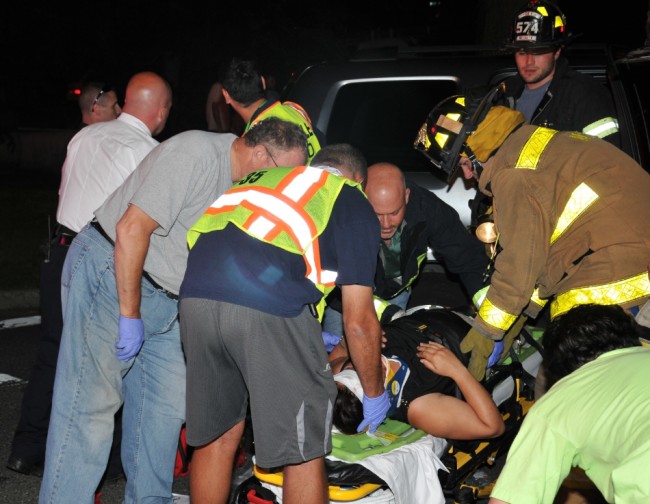 Melville Fire Department volunteers were dispatched to a head-on collision Friday night, August 2, at approximately 9:30 p.m., on New York Avenue and Wolf Hill Road. The crash involved a Dodge Ram pickup truck towing a trailer, and a Honda Pilot sports utility vehicle. Three occupants suffered non-life threatening injuries and were transported to Huntington and North Shore/Plainview hospitals by the Melville Rescue Squad. About 25 firefighters and rescue personnel were on the scene with four ambulances, heavy rescue truck, an engine, paramedic responder, and fire police. Firefighters secured the vehicles and applied an absorbent for a fluid spill. Suffolk Police and Emergency Service were also on the scene, and traffic was diverted until the wreckage could be cleared. 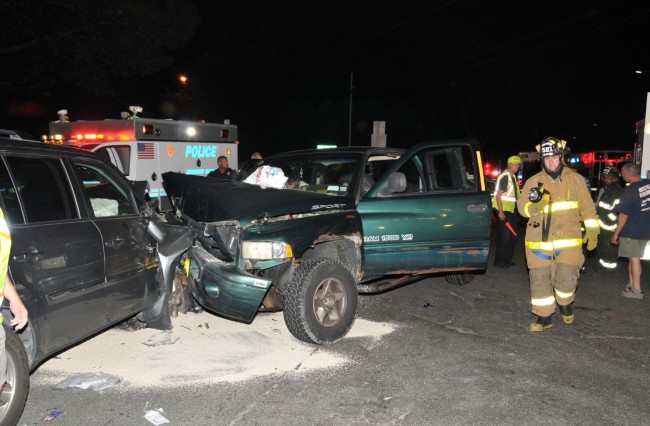 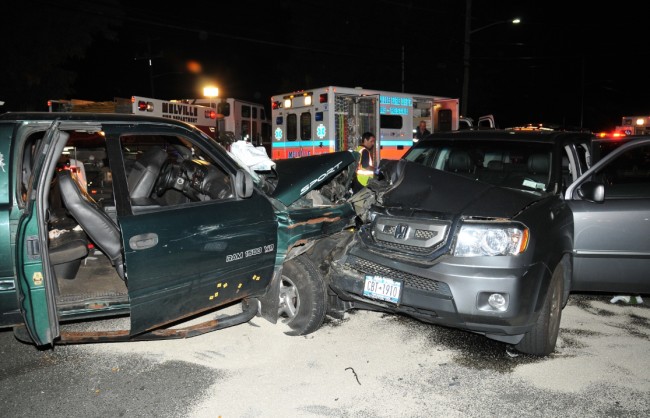