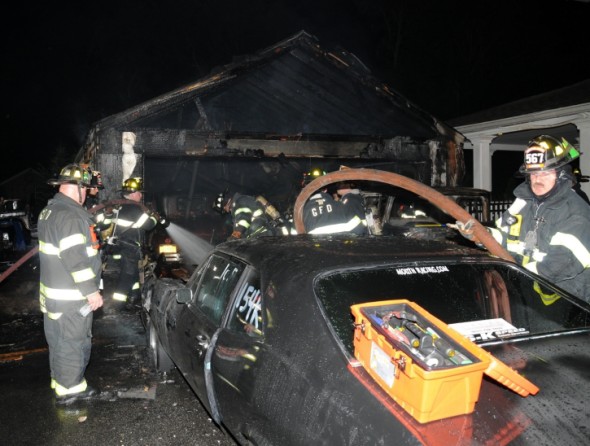 The Greenlawn Fire Department responded to reports of a fire with a burn victim on Wells Road in Greenlawn, Monday night, August 12, at about 9:20 p.m.

Upon arrival, firefighters found the detached 20’x40′ garage fully involved, and were advised by the homeowner that there were approximately 100 pounds of nitrous oxide tanks inside. Concerned about the possibility of explosions, firefighters used a deck gun to knock-down the flames and several hand-lines to extinguish the blaze, which was controlled within a half-hour. Firefighters also used hose lines to protect the nearby home from the fire. The garage and three vehicles inside were destroyed, and two vehicles in the driveway were extensively damaged.

The homeowner suffered second degree burns to his right leg and was assisted by the Greenlawn Rescue Squad. He was transferred by ambulance to a Suffolk Police Medivac helicopter that landed at the Harborfields High School, and airlifted to the Stony Brook University Hospital Burn Center. 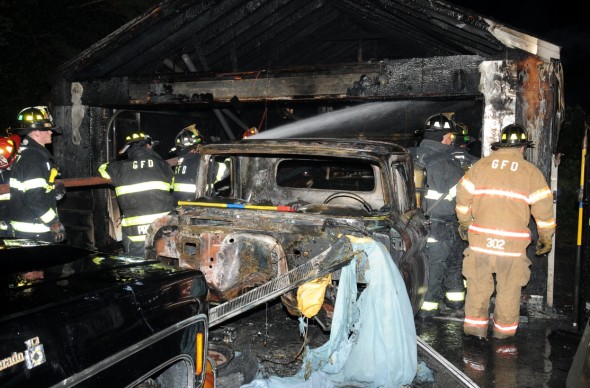 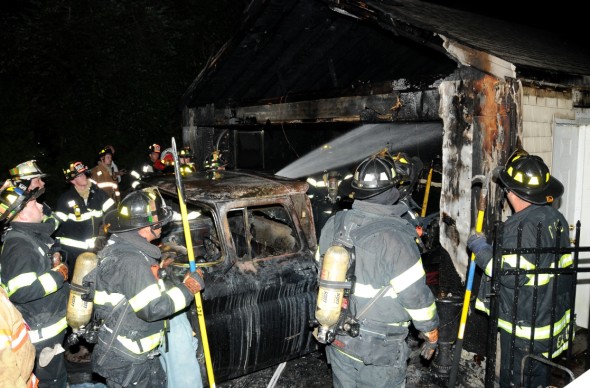