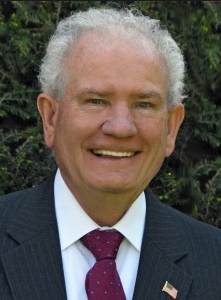 I requested a meeting with William Naughton to talk about the upcoming Elections and his years of service as Superintendent of Highways.

It was an interesting interview for me because although we never had a lengthy conversation, I already knew so much about him, just as I do about Frank Petrone, Mark Cuthbertson, Susan Berland, Mark Mayoka and Gene Cook. In having FOIL’ed thousands of documents and trying to piece together the facts about issues surrounding Huntington, you learn an awful lot about these individuals.

If you know anything at all about William Naughton, you know he is a man of integrity, common sense and fair play.  These are qualities that are rare in politicians these days, especially in the town of Huntington.

I can’t imagine what it must have been like for Mr. Naughton during all of these years, watching these unscrupulous individuals do their business and yet he still maintained integrity and grace.  I couldn’t help myself in asking my first question, which was really more rhetorical or even a statement.

My first question was, “How did you deal with this all of these years?”  After I said it, I wasn’t sure how he was going to react. He smiled warmly and gave me a long look probably wondering what specific stories I was referring to as there are so many.  I fully admit I wanted him to spill his guts and tell me the behind the scenes stories about the shenanigans about Frank Petrone, Cuthbertson and their sidekicks.  He didn’t want to go there.

His answer to my question was, “It hasn’t always been easy”.

I elaborated on what I meant, partly to see if he would say more and partly to let him know that I had done my homework.  I also wanted to let him know that unlike the other media, we were here to give him a fair shake.  Regardless of party affiliation or who he was aligned with, “our only goal is to tell the truth”, I said. He laughed when I said “I won’t lie about what you say and then later cry to you that if I tell the truth I will lose the legal notices”, or “I tried to tell the truth, but my editor changed what I wrote”.  Having been on the receiving end of some very unfair reporting, he knew exactly what I meant and the specific “reporters” I was referring to.

I asked him, “based on the way the local democrats operate why have you never considered changing parties?”

He said that while it was very disappointing to him to see the bad turn the local democratic party had taken, they were not going to drive him out of a party he has always belonged to. “They don’t have principles of a true democrat, I do”, he said.  “I said years ago, there are two things I am never going to change, My party affiliation and my religion”.  He laughed and continued, “ I hope a younger generation takes over and they put this local party on a better path and they start to follow the principles they claim to represent.”

Earlier this year, at the democratic convention, the executive committee tried to present a manipulated committee list.  The manipulated list was made up of people who would not support William Naughton.  Had it not been for the courage of now candidate Tracey Edwards to call out the corruption regarding the committee lists, it would still have gone on unreported.  It just so happens that a Huntingtonian reporter was at the Democratic convention and we have the exchange on tape.

I can’t tell you how much it irks me that a man like William Naughton with a great record and true integrity gets no support from his own party. I could fill a newspaper with the questionable acts of Mark Cuthbertson and Frank Petrone, yet they get cross endorsed.  I am certain that there were some party leaders that sat by with heavy hearts and let this happen because that is the way deals are made in politics.

Long before Gene Cook and Mark Mayoka came along pushing for an audit, William Naughton was requesting one.  He wanted a full review of the town including his own department.  He is disappointed that after years of pushing for the audit, it ended being a partial review and didn’t cover some of the most glaring problems such as fund balances.  We both acknowledged that even with the partial review there were some very alarming issues.

While he said he wanted a review simply because it is a wise and logical thing to do, in part it was brought on because Petrone was not completing a proper year end closing report. He found it impossible to find out what his fund balances are.  He thinks the campaign promise that Cook, Mayoka and Price are making to publish an accounting of all expenditures online for the public to see is a great idea.  He laughed and said that would be great because then I can finally find out what my fund balances are.  Naughton is known to be very cautious with his spending.  Several years ago, he received an award of Conservative of the Year from the Conservative Party.  He is always careful to keep a balance just in case an emergency comes up.  “There are always emergencies to deal with when you are the Superintendent of Highways”, he said.

The public may not be aware that despite repeated attempts to request the Highway departments fund balances he can’t get the information from the various interim comptrollers that seem to come and go.  ‘I know I have a significant balance, but exactly how much and where it is, is unclear.”  I asked if Petrone spent the Highway’s money on other purposes for the town.  His response was, “I certainly hope not because that would be illegal.”  He continued, “these are the types of things that prompted me to request an audit several years ago.  After years of pushing the issue and support from councilmen Cook and Mayoka, the partial audit we got, didn’t include looking at the fund balances and despite that, the town still gets a AAA bond rating.”, he said shaking his head.

He continued, “obviously I’m very concerned about the Highway Department’s fund balance, but I worry terribly about them playing with the pension funds.  If you look at what is going on in other municipalities across the country, it is something we should all be concerned  about.  That money should not be touched.  If anything went wrong with the future pensions, it would be a disaster.  The people responsible would be long gone by then.”

I asked him his opinion of his opponents.  First he said, “I don’t want to focus too much on that.  After 26 years, if I can’t run on my record, there is something wrong.  I am very proud of my record”, he continued.  “When I took over, the department was 6 million in debt, now I run a surplus every year. Last year it was approximately $10 million.”

He said he did not know too much about Orelli. He did mention that he was particularly concerned about Don McKay taking over the Highway department.  He explained McKay who runs the parks department is running a deficit even though park fees have gone up significantly for the past few years.

I asked him why he wants to run again and he laughed and said, “the job satisfies my workaholic mentality.  I really like the job, the challenges and serving the people.  From my first day, I promised myself I would not forget that I work for the people.  I remind myself that the taxpayers don’t care if Petrone and I don’t like each other.  They just need to get to work on safe roads and I take that responsibility very seriously.

“The individuals who do the hands on work do an outstanding job.  They make the challenges manageable”, he said.

I asked him what he likes least about the job and he said, “there is nothing I don’t like, but I wish I had some more modern equipment and it has been tough to deal with a big reduction in employees while maintaining the same work load.”

“While I think modern technology is great, you can’t replace a laborer or equipment operator.  You actually need human beings to run the highway department,” He said. “Technology is great to improve communications and make certain things more efficient but for the most part it takes people to remove snow, fill pot holes, sweep the streets and properly maintain 785 miles of roads.”

I asked him how he felt about having to primary for the nomination as an incumbent and lifelong democrat.  He said that he was one that believed in fate.  “If I don’t get the nomination, it’s time to move on.  I really would like another term, where hopefully there will be change to the town board and I can eventually leave the department in better hands.  It would be a shame if the position becomes an appointed one, as is the desire of Petrone and Cuthbertson.  The surplus balances would be used for who knows what?”

It is only a guess how this will all turn out.  A Democratic primary for Highway Superintendent is virtually uncharted territory in the town of Huntington.  It is not beyond comprehension that there will be something in the ballpark of a 10% voter turnout on the September 10th Primary Day.  Don McKay and Kevin Orelli are running in the primary against Naughton.