Greenlawn Fire Department volunteers responded to an early morning crash on Sunday, October 13, at Park Avenue and Lantern Street at about 12:30 a.m. The crash involved a car and a sports utility vehicle that overturned on its roof. The driver of the SUV fled the scene, leaving the puppy behind in a crate. Two women in the car suffered non-life-threatening injuries and were transported to Huntington Hospital by the Greenlawn Rescue Squad. Greenlawn FD Captain Eddie Nill (pictured)rescued the puppy who was in good condition from the overturned SUV. The dog was kept warm and comforted by firefighters, and then brought to the Huntington Animal Shelter. About 25 Greenlawn firefighters and EMS personnel were on the scene with two heavy rescue trucks and two ambulances, under the command of First Assistant Chief Kurt Allen, supported by Assistant Chiefs Mike Zeis and Mike Bellis. Suffolk Police, Emergency Service and K-9 units were also on the scene. 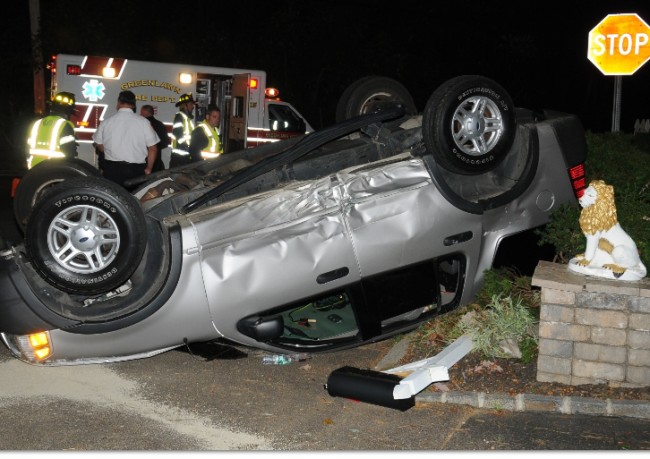 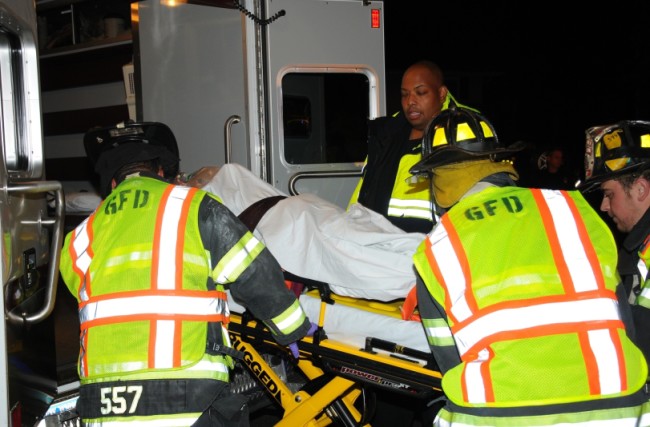 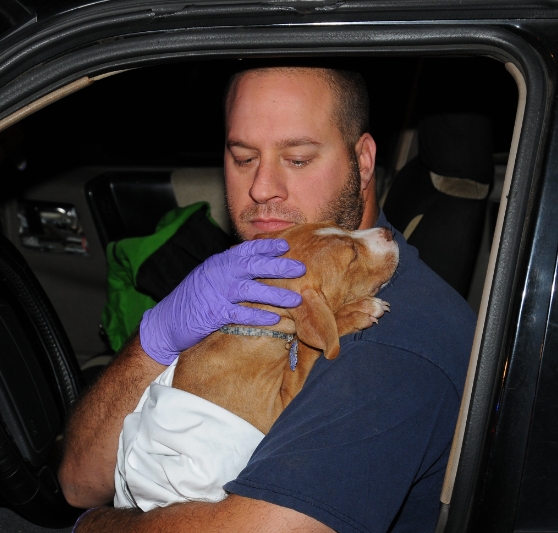