Dix Hills Fire Department volunteers responded to a crash Friday morning, October 25, on the Long Island Expressway at the westbound rest area near Commack Road. Units arrived to find a car overturned on its side with the driver trapped inside. Firefighters immediately began a heavy rescue operation using the “Jaws of Life” tools to remove the car’s roof. The male patient was safely extricated and transported to Huntington Hospital with non-life threatening injuries by the Dix Hills Rescue Squad. About 25 firefighters and rescue personnel were dispatched with two heavy rescue trucks, two ambulances, and a paramedic responder, under the command of First Assistant Chief Robert Fling, with Second Assistant Chief Tom Napolitano handling operations. 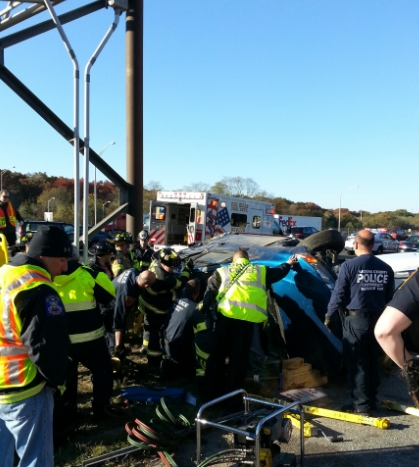 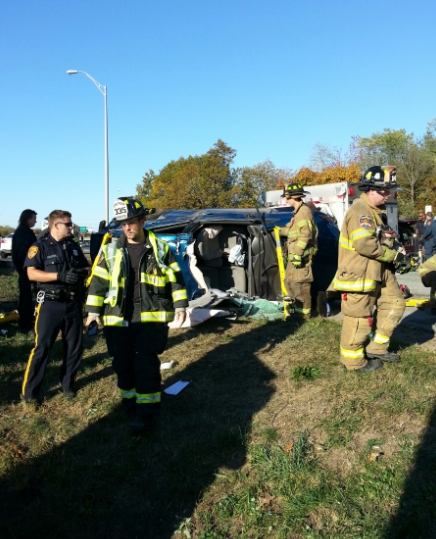