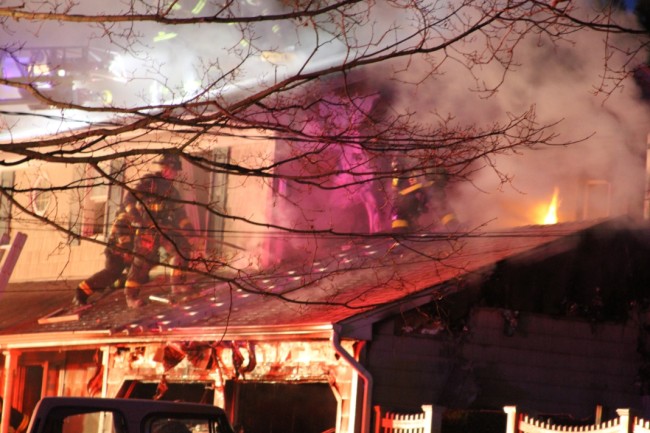 The Greenlawn Fire Department responded to battle a house fire on Rosemont Court, Monday, November 25, at about 4:40 p.m.  Upon arrival, firefighters were faced with a heavy smoke condition as flames rapidly broke out in the garage and spread up to the second floor during a search of the home. An aggressive interior attack was initiated with two hoselines through the front door, then a ladder truck was used to darken down the flames. About 40 Greenlawn volunteer firefighters were on the scene with two engines, a ladder truck, heavy rescue, three ambulances, and a paramedic unit. Mutual aid was provided by the Huntington Manor and Dix Hills FD’s for two additional engines and crews. The East Northport and Centerport FD’s had an engine and ambulance on standby for coverage at Greenlawn’s headquarters. The fire was brought under control within an hour and there were no injuries reported.  Greenlawn Fire Chief Scott Waryold who directed incident command, credited the firefighters who were met with heavy fire and smoke conditions. “Due to an an aggressive interior attack by firefighters, damage was limited to the remaining structure,” said Chief Waryold, who was supported by Assistant Chiefs Kurt Allen and Mike Zeis.  The fire appears to have started in the garage and is under investigation by the Suffolk Police Arson Squad and Huntington Town Fire Marshal.  Suffolk Fire-Rescue Coordinators were also on the scene assisting. 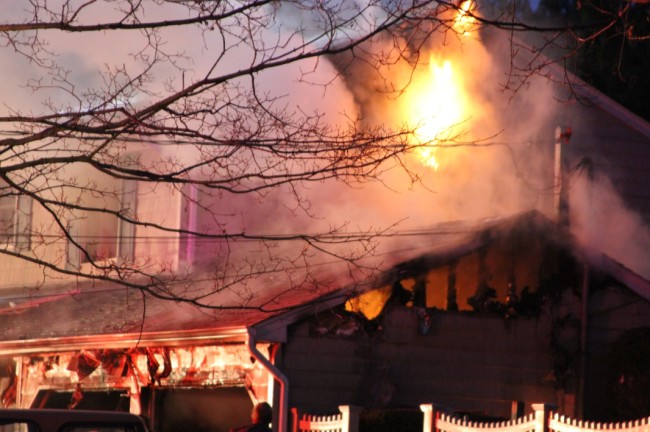 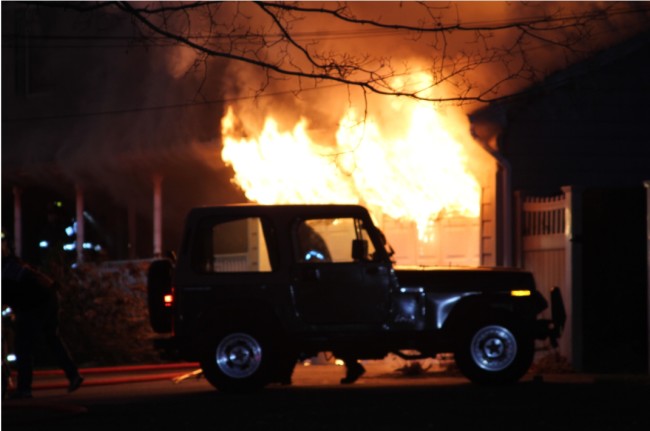 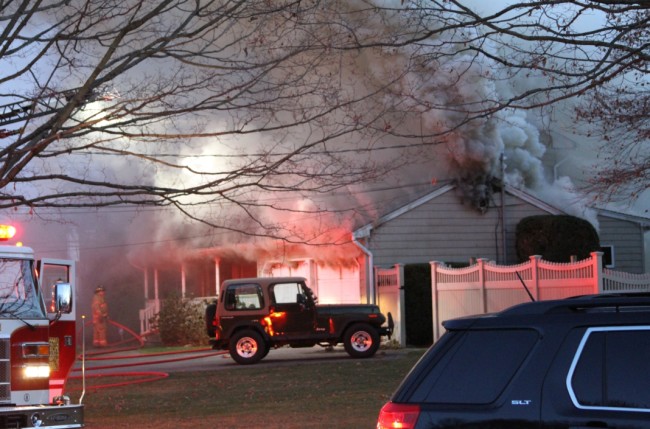