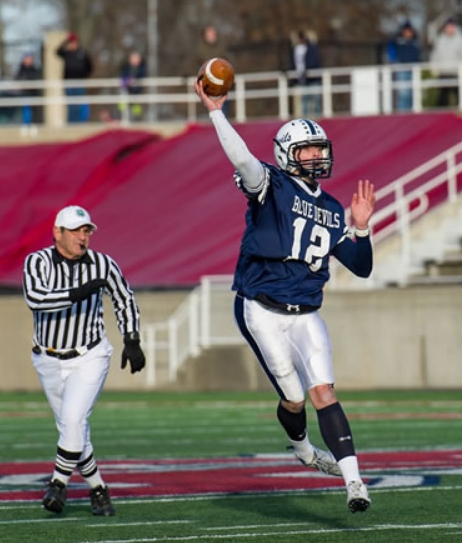 After leading his team to the Long Island football championship, Huntington High School signal caller Ben Kocis has been named this year’s recipient of the Boomer Award, recognizing him as Suffolk’s best quarterback.

Kocis was called to the dais at Monday night’s Suffolk County Football Coaches Assn. dinner at the Wind Watch Golf & Country Club in Hauppauge and cheered by a crowd of 1,200 as he was presented with the award named for Boomer Esiason, the former NFL great quarterback and current WFAN Radio host, who graduated from East Islip in 1979.

“Ben has been a brilliant and exciting signal-caller for us,” said Steve Muller, Huntington’s head coach. “From the moment this season started, the spotlight has been on him and Ben responded not only with marvelous performances in passing and running, but also with the kind of inspired leadership that is present in only the finest quarterbacks.”

“Being the quarterback for the past two seasons has been such a great experience for me,” Kocis said. “Football itself has taught me so many life lessons including leadership and teamwork. I will miss the coaches and all of the great memories I experienced with my teammates.”

“Ben Kocis is the consummate dual threat quarterback,” said Ron Wilson, a longtime Huntington assistant coach. “He has the best work ethic of any football player we’ve seen in quite some time.”

While Kocis possesses incredible football talent, the senior signed an NCAA Division I letter of intent to attend Binghamton University on a lacrosse scholarship. 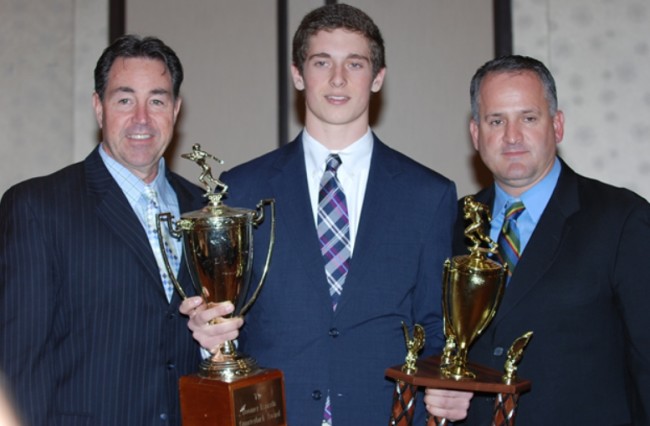