Firefighters from the Huntington Manor Fire Department responded to a house fire on Dianne Crest in Huntington Station at 1:38 p.m., Sunday, December 29. The house was fully involved in flames when firefighters arrived on the scene and made an aggressive interior attack. Firefighters rescued two pet cats from the home, and they were given oxygen and transported to a local pet hospital. The residents were able to escape the fire uninjured prior to the arrival of first responders. The blaze was so intense it melted the vinyl siding on the side of the neighboring house. About 50 firefighters using six trucks had the fire controlled within an half-hour, under the command of Huntington Manor Fire Chief Fred Steenson, Jr., with operations handled by Assistant Chiefs Frank McQuade and Jon Hoffmann. The Huntington Fire Department assisted with a Rapid Intervention Team at the scene, with the Melville Fire Department providing standby coverage at Huntington Manor’s firehouse. The Huntington Community First Aid Squad was on the scene for EMS support. The two-story hi-ranch home was extensively damaged by the blaze, and the Suffolk Police Arson Squad and Huntington Town Fire Marshal are investigating. 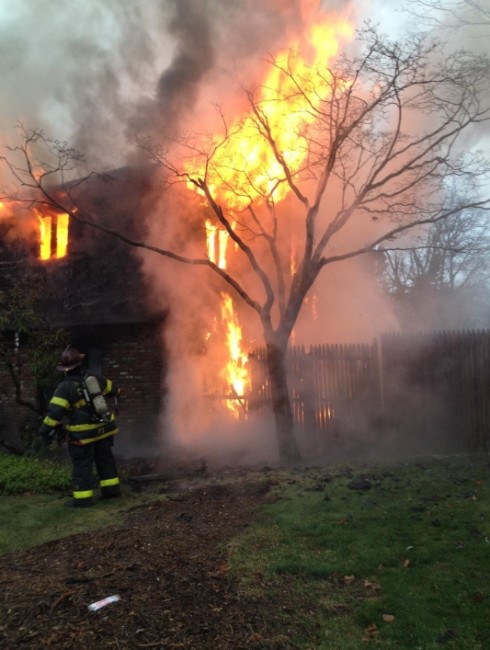 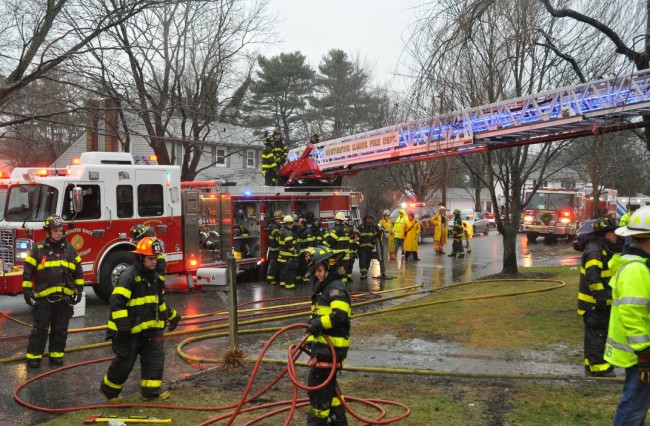 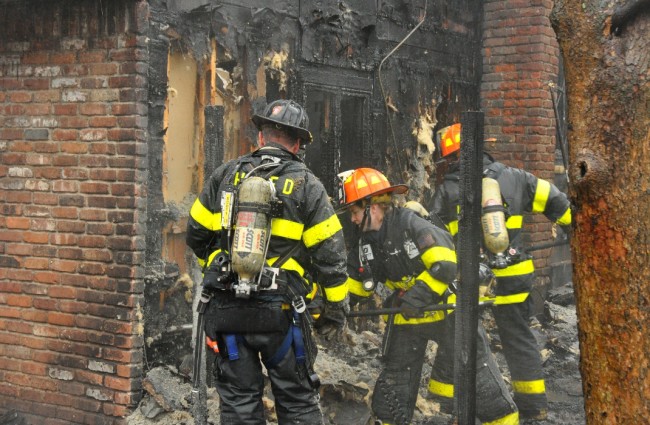 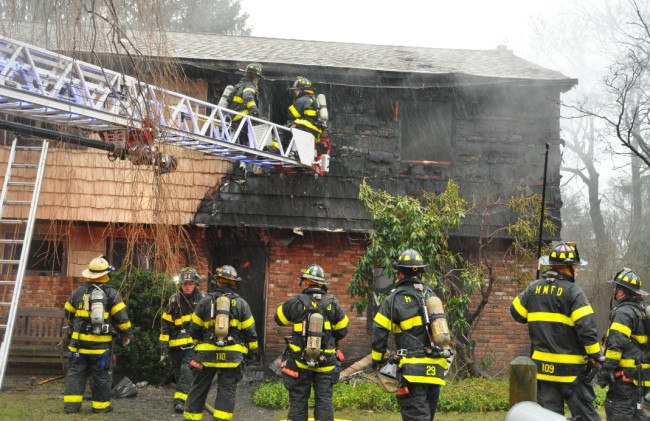 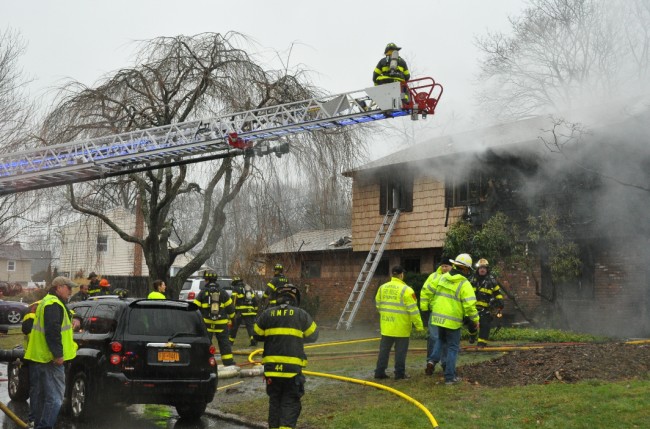 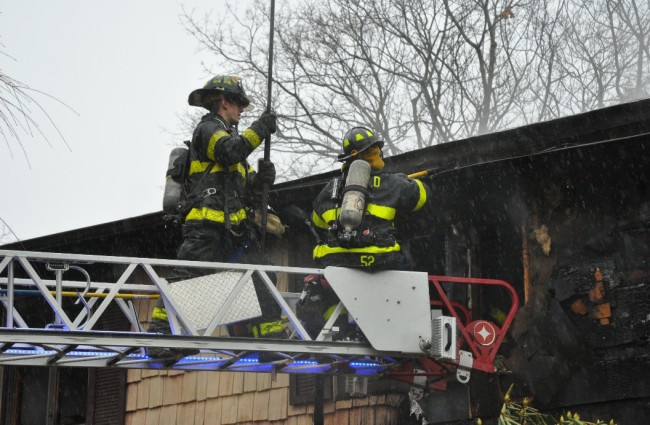