A Sweetheart of a Lesson at Harley Avenue 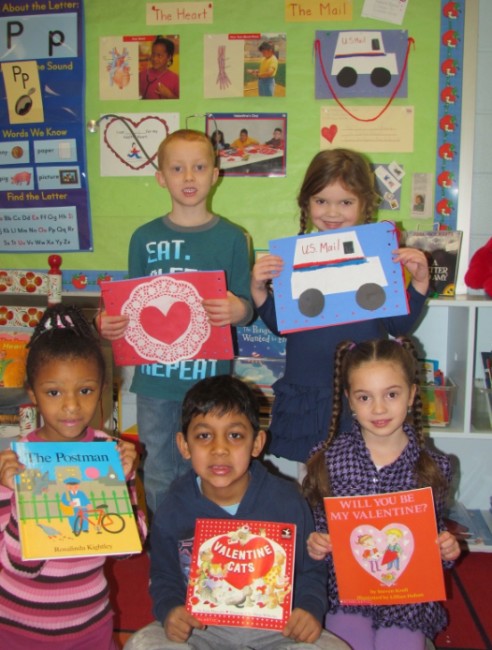 Kindergarten students of Harley Avenue Primary School in the Elwood Union Free School District explored the elements of letter writing and the role of community helpers as they created “mail bags” for the purpose of collecting class valentines.  As part of their English Language Arts curriculum, students learned about how to address an envelope as well as reinforcing the structure of writing sentences in the body of a message. In addition, students incorporated the social studies curriculum by exploring how community helpers such as mail carriers play an important role in the daily lives of those who live in the community.