Marcellino Working To Win Any Way He Can

September 5, 2014 11:00 am | Filed under: Investigations,News,Politics | Posted by: The Huntingtonian

On September 1, 2014, Senator Carl Marcellino and three of his paid employees filed a lawsuit in New York State Supreme Court alleging that all 5191 signatures on the petitions of challenger Gigi Bowman are invalid.  The goal of the lawsuit is to keep Bowman’s name off the ballot in the November 4, 2014 general elections. Bowman submitted 5191 signatures, significantly more than the 3000 required to get on the ballot as the Libertarian candidate for the 5th Senate District to challenge long time incumbent Carl Marcellino. Marcellino has been given the Rebublican, Conservative and Independence Party Lines. 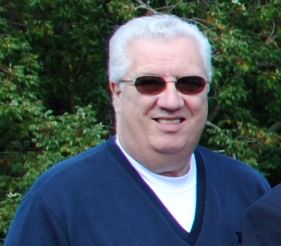 The lawsuit was filed by Carl Marcellino and his employees, Mary Anne Hicks, Kathy Wilson,  and Robert Conte.  The lawyer for Marcellino and his team is well known Republican operative John Ciampoli.  Campoli is the go to guy for New York State Republicans.  Ciampoli has been accused numerous times of trying to disenfranchise voters who do not support Republican candidates.  One example is a recent election in Irvington, NY.

Some believe the tactic is a sign that Marcellino is afraid of being defeated by Bowman or fears that she will siphon just enough votes to allow his Democratic challenger, Bruce Kennedy to win the election.

The lawsuit states they are declaring that all 5000+ signatures as insufficient, defective, invalid, fraudulent, null, void, and ineffective.

New York Libertarian Party Chair Mark Axinn commented, “Should politicians who are already in office have the right to limit the candidates for whom New Yorkers vote? State Senator Carl Marcellino apparently thinks so. Huntington-based Ms. Bowman collected approximately 5000 voter signatures in six weeks this summer. In their lawsuit, the Republicans claim that every one of her signatures was fraudulently obtained.”
Gigi Bowman stated,  “Party politics is a disgrace in this country and it culminates in the District 5, Long Island, New York, Republican Party 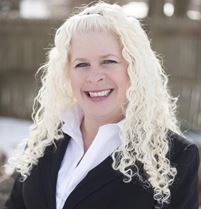 where they decided they didn’t want any competition from a woman who has stood on corners day after day, month after month for years holding signs and trying to awaken people to issues….they didn’t want competition from a woman who runs an organization, Save Long Island, that shows films and has speakers to talk about the very issues she planned on fighting the government for the very people who are being affected by them –who may have signed the petition to get me on the ballot.”

She continued, “Not one, but three different people have been “used” by the Republican party to keep me off the ballot so that I don’t upset the apple cart known as NY Politics where there is no difference between Republicans or Democrats and where they work together to keep their cushy jobs with no term limits and lifetime benefits so that they can rub shoulders, attend luncheons, ribbon cuttings and parades and have “environmental photo contest” while our liberties keep being infringed upon because they all want to be the next “rock-star” and come up with the newest bill/law that will be sure to generate more money in their pockets and less in yours.”