The Harborfields Central School District’s Board of Education gathered for their annual reorganization meeting on July 11, 2017 to officially welcome their newest trustee and select their president and vice president for the 2017-18 school year.

Trustee Christopher Kelly was sworn in by District Clerk Sharon Whelan, joining the board for a three-year term. Board member David Steinberg was also sworn in for another term and was elected unanimously by his fellow board members to serve as board president, taking the seat of Nicholas Giuliano, who retired from the board in June, 2017.

In addition, trustee Suzie Lustig was elected unanimously by the board to take on the role as vice president for the new school year and was sworn in. Superintendent of Schools Dr. Francesco Ianni also took the oath of office during the meeting. 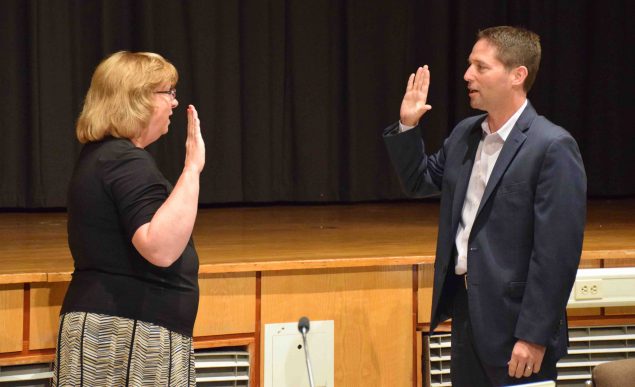 1) Board President David Steinberg was sworn in at Harborfields Central School District’s Board of Education reorganization meeting. 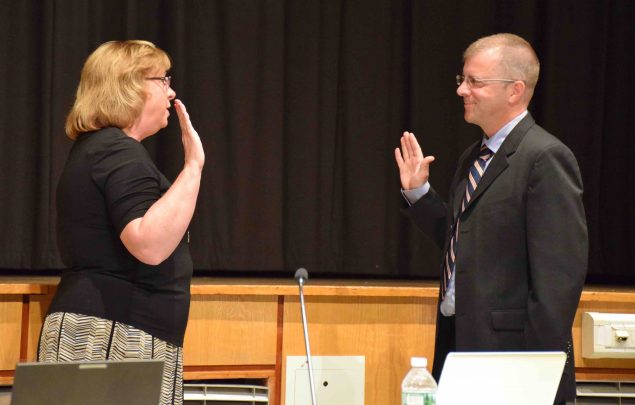 2) Harborfields newest board trustee Christopher Kelly was sworn in on July 11, 2017. 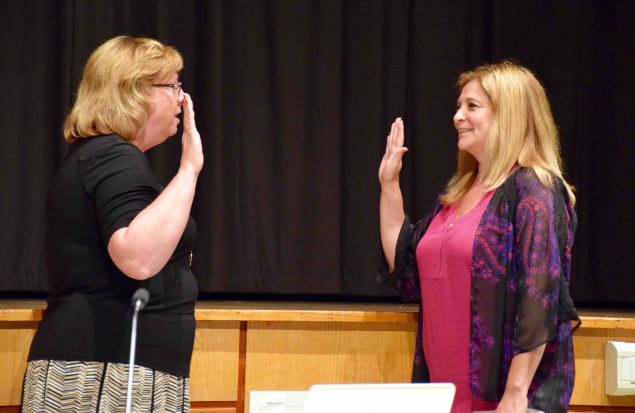 3) Board Vice President Suzie Lustig took the oath of office during the district’s reorganization meeting.