COUNCILMAN COOK THANKS YOU FOR YOUR INPUT ON TERM LIMITS 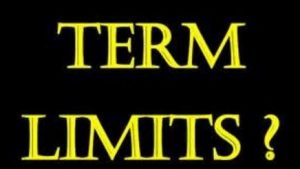 Councilman Eugene Cook would like to thank the constituents who took the time to respond to his survey regarding term limits.  Interestingly, the following results stood out:

Based on the sampling that was received by Councilman Cook from 6/22/2017 through 7/19/2017 he drafted a resolution to schedule a public hearing to be presented to the Town Board at the August 15, 2017 meeting at 2PM concerning this matter.  The proposed legislation will support term limits of 2 terms of 4 years each for all elected officials; to include Town Supervisor, Town Council, Town Clerk, Receiver of Taxes and Superintendent of Highways.  This legislation also includes that if the Town Board ever wishes to change term limits that it goes before a public referendum.

Councilman Cook hopes that the Huntington Town Board will support scheduling a public hearing to be heard at the September 19, 2017 meeting at 7PM at 100 Main Street, Huntington so that the residents of Huntington can be heard on this matter.  He encourages the constituents of Huntington to attend the town board meeting or to email Jo-Ann Raia, Town Clerk at jraia@huntingtonny.gov if you cannot attend and would like your comments added to the public record.