The Huntington Town Board, at its October 17, 2017 meeting, will consider a proposal to revitalize and restructure the Town’s Anti-Bias Task Force, broadening its representation and reflecting changing issues relating to bias since the Task Force was created in 1994.

The proposal, sponsored by Councilwoman Tracey A. Edwards, lists more than 30 groups – including religious, 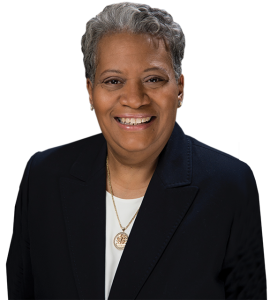 educational, cultural, age-related, gender-related and sexual-orientation-related organizations – that will be invited to identify representatives to serve on the task force, ensuring a broad base of community members who can identify potential issues and recommend appropriate actions and programs.

“We want to make sure that, as a Huntington community, we are at the forefront of identifying areas of concern, acting in response to bias incidents and working on preventative measures,” Councilwoman Edwards said. “We need a task force that is sensitive to all forms of bias.”   The proposal, she said, followed a meeting with a coalition of community groups who had approached her about reviving the somewhat dormant task force in response to a few local incidents.

“Targets of bias have changed, and the definition of what constitutes a bias incident has also evolved over the years,” said Supervisor Frank P. Petrone, who co-sponsored the resolution creating the original task force in 1994. “It is important that our task force adjusts to those changes, broadening its representation to reflect more fully our community’s diversity.”

The 1994 resolution creating the Task Force established a five-member steering committee, appointed individually by each member of the Town Board, with the chair appointed by the Supervisor. The steering committee was given the task of appointing additional members to reflect the Town’s diversity, with no specificity about what areas those people might represent.

Councilwoman Edwards reached out to Rabbi Steven Moss, who has chaired Suffolk County’s Inter-Faith Anti-Bias Task Force since its establishment in 1984, about ways to make the Town’s task force more effective. Rabbi Moss advised that inviting specific groups to send representatives, rather than leaving the selection to a small steering committee, would produce a broader-based task force.

“The mission of an anti-bias task force is to bring together all of the components of a community in order to ensure that no person or group of persons should ever feel helpless against acts of bias, prejudice or hatred. This is its power and effectiveness because it comes from the community itself,” Rabbi Moss said. “I am glad to see Huntington Town revising and reviving its task force because the issues that the Town confronted in 1994 are still with us today and so the task is ever before us. I therefore wish the Huntington anti-bias task force success because their success will be the success for the community.”

Other groups will be added as warranted.