The ninth annual “Souper Bowl” at North Ridge Primary School in Commack was a huge success!  The children collected a whopping total of 7,188 cans and bags of soup. Lorraine Esposito, the PE teacher at North Ridge, “sculpted” the soup into the shape of a giant sneaker. 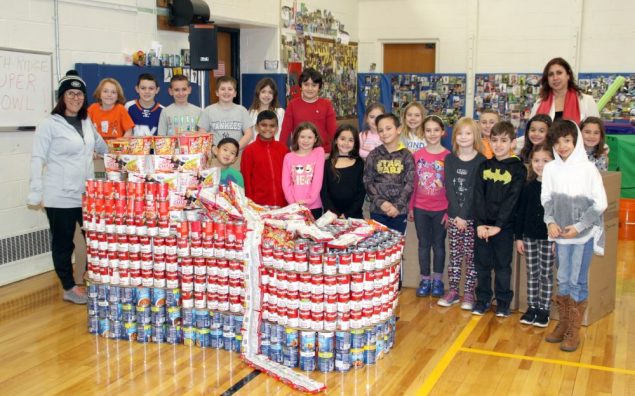 “Each day when the children came to gym, they were amazed at how well the sculpture was beginning to take shape and this motivated them to bring in more and more soup,” said Mrs. Esposito. Each class’s donations were tallied on a bulletin board, and Mrs. MacKenzie’s class won the “Souper Bowl” by donating 1,976 cans of soup. They received some extra play time in the gym’s Safety City. 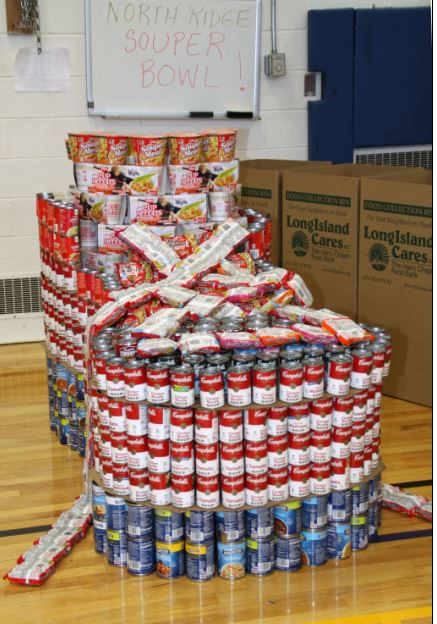 The soup was donated to Long Island Cares, which is Long Island’s First Food Bank and one of the region’s most comprehensive hunger action organizations. Long Island Cares  serves individuals and families in need, and much of their success is due to the support they receive from people like the children that attend North Ridge Primary School.