Sixth graders at Northport Middle School were visited by teacher, singer/song writer, and author David Levine on Oct. 29. 2018.  Mr. Levine, the director of the Teaching Empathy Institute and author of the book “The School of Belonging,” has been annually visiting the school for 20 years to teach lessons about empathy, kindness and the importance of creating a sense of belonging in school communities.

During his visit, Mr. Levine shared real-life stories about students who went through social hardships in school and played the song “Howard Grey” for them on his guitar. This song recounted the real story of a boy named Lee who was friends with a social outcast named Howard Grey. The song continues on to describe one day in particular where Lee stands back and watches bullies beat Howard up instead of standing up for his friend — and how Howard never spoke to Lee again after that. The song had a strong impact on the children, and many of them got emotional near the end of the song.

Mr. Levine asked the students questions about how the song made them feel, and what it made them think.

“It must have been so hurtful for Howard to realize that someone he thought was his friend…really wasn’t,” was one student’s response.

Many students admitted they weren’t sure what they would do if they were put in a similar situation, which reinforces the district’s belief that these conversations are insurmountably important to have at such formative ages.

“When people are different, sometimes they are forced to become outsiders, unless we step up and celebrate their differences,” Mr. Levine told the students. “One kind act can change someone’s life.”

Throughout the day, every sixth-grade class had the opportunity to hear from Mr. Levine.

“The work Mr. Levine has dedicated his life to really sets the stage for us in our school,” said Northport Middle School Principal Timothy Hoss. “We’re constantly looking for ways to ensure that no student ever feels isolated or like they don’t belong. We want everyone to know that they belong.” 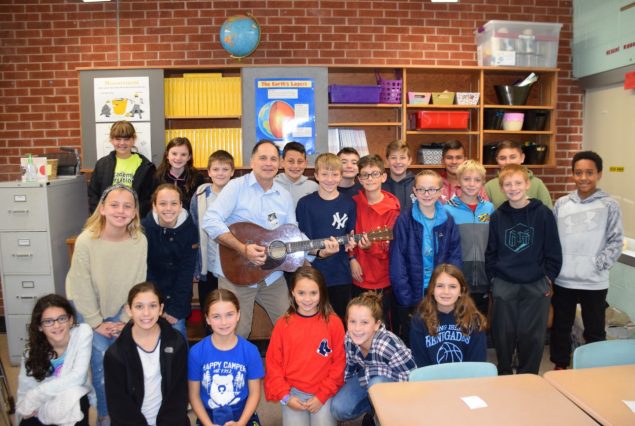 Sixth graders in Mrs. Scala’s class at Northport Middle School learned from Mr. David Levine about the importance of empathy on Oct. 29, 2018. 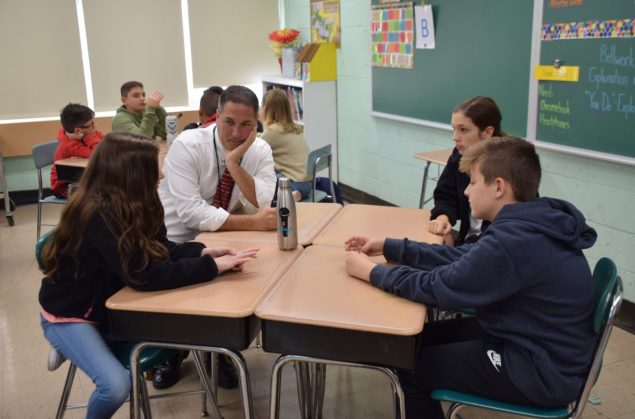 Students shared their experiences from times they wished they had shown or been shown empathy by their peers on Oct. 29, 2018.