Two Suffolk County Police officers  in a marked police unit traveling northbound on New York Avenue, just north of May Street, struck a man riding a bicycle across New York Avenue from east to west at approximately 5:10 p.m. The officers were responding to a call and had their emergency lights operating. 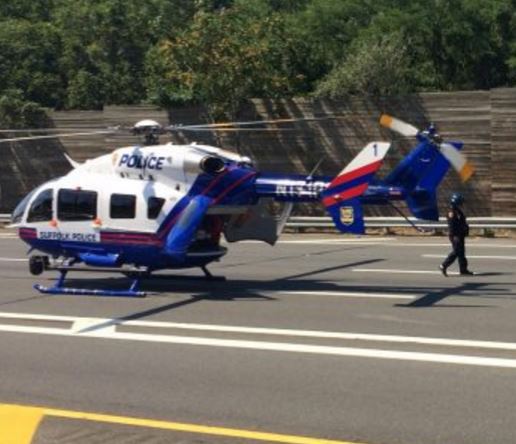 The bicyclist, Miguel Angel Gaitan, 64, of East 6th Street, Huntington Station was transported to Stony Brook University Hospital via Suffolk County Police helicopter with serious but non-life-threatening injuries. The two officers were transported to Huntington Hospital for evaluation and released.

The vehicle was impounded for a safety check.

Anyone with information on this crash is requested to contact Major Case Unit detectives at (631) 852 6555.