“Theodore Roosevelt, A Man for the Modern World” Reception

December 21, 2018 1:47 pm | Filed under: Arts & Entertainment,Events,Heart of the Community,History,Long Island,News | Posted by: The Huntingtonian Staff

A new exhibit by Sagamore Hill national historic site to commemorating the presidency and legacy of Theodore Roosevelt. Historic documents photographs and many never before seen artifacts celebrate TR’s major achievements and underscore his legacy as a modern day president. The exhibit opens January 06, 2019 marking the 100th anniversary of Theodore Roosevelt’s passing. 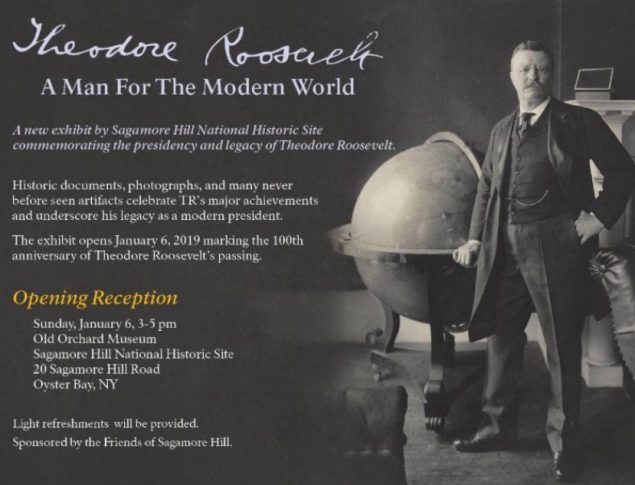 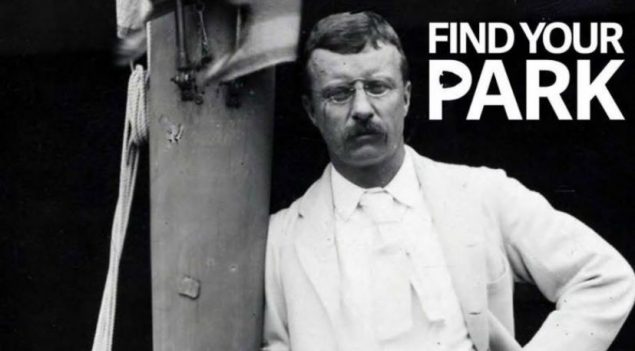 About Sagamore Hill National Historic Site
Sagamore Hill National Historic Site, located in Oyster Bay, New York, is a unit of the National Park Service. The site was established by Congress in 1962 to preserve and interpret the structures, landscape, collections and other cultural resources associated with Theodore Roosevelt’s home in Oyster Bay, New York, and to ensure that future generations understand the life and legacy of Theodore Roosevelt, his family and the significant events associated with him.
For more information please check out our website at www.nps.gov/sahi or call
(516)922-4788.