Suffolk County Executive Steve Bellone today announced a litany of achievements that advance equality and further protections for women in 2018.

“This year we enacted a number of groundbreaking policies that empower and protect women in Suffolk County,” said Suffolk County Executive Bellone. “We did not just talk about issues but actually delivered on measures that will make a difference for mothers, women in the workplace, and protect crime victims.” 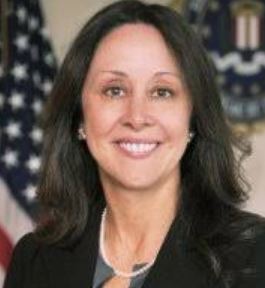 First Female Police Commissioner in History
County Executive Bellone appointed Geraldine Hart as the first female Suffolk County Police Commissioner in the Department’s history and across the region. Prior to serving in this position, Hart had a 21 year career with the Federal Bureau of Investigation, where, since 2014, she served as the Senior Supervisory Resident Agent of the FBI’s Long Island Office. Hart led the operations and investigations of 115 FBI Special Agents, Task Force Officers, and support personnel, directly supervised the Long Island Gang Task Force, as well as spearheaded the first multi-agency MS-13 Intelligence Center to centralize and facilitate the sharing of gang intelligence. Additionally, she worked on investigations that include public corruption, white-collar crime, terrorism, counter-intelligence, child exploitation, and cybercrimes.

Cracking Down on Human Trafficking
County Executive Steve Bellone announced the first of its kind Human Trafficking Investigation Unit on Long Island. The new unit was borne out of the Suffolk County Police Department’s efforts to crack down on sex trafficking within the County and encompasses a dedicated team of assigned detectives and police officers whom investigate those who engage in trafficking and related criminal activities.

County Executive Steve Bellone announced installation of a state-of-the-art ADA compliant Mobile Lactation Station pod located in the Suffolk County Family Court building in Central Islip. The mobile lactation pod is essential to provide nursing mothers with a place where they can care for their babies with privacy and dignity. In the past, nursing mothers have been compelled to use bathrooms or to hide in makeshift spaces for privacy in order to feed their babies. The mobile lactation pod is the sanitary and private area women deserve.

County Executive Bellone strengthened his promise to protect County employees by signing two bills into law that will help combat sexual harassment and discrimination. The first requires annual reporting of sexual harassment and discrimination claims in the county workplace and promotes more transparency and accountability. Second, all newly hired employees will be required to receive the “Know Your Rights’” pamphlet on their first day of work, which details important information regarding County policy, employee rights, and procedures on reporting inappropriate workplace behavior. The County will also be providing sexual harassment training to the more than 9,000 county employees.