Join Crispin Hellion Glover for a special two-night presentation featuring his independently produced feature films on 35mm – both accompanied by a one-hour dramatic narration of eight different profusely illustrated books, in deliberate creative order, where Part 2 is followed by Part 1. The images from the books are projected behind Mr. Glover during his performance. Following each narration and film, Crispin will hold an audience Q&A and book signing.

35mm Film Screening: “It is fine! EVERYTHING IS FINE” 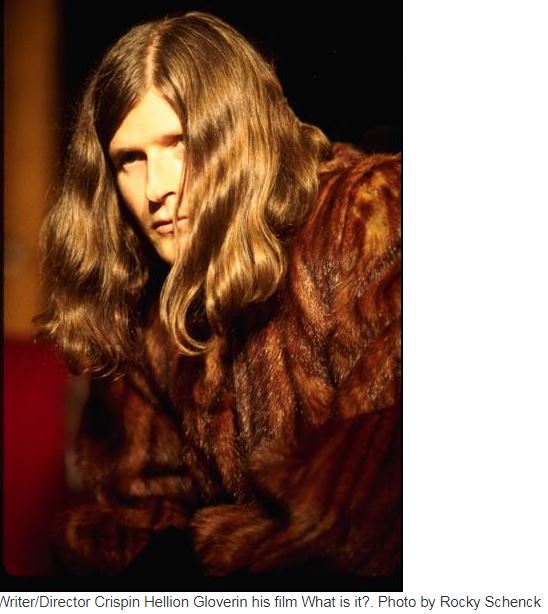 It Is Fine! EVERYTHING IS FINE goes into uncharted cinematic territory with screenwriter Steven C. Stewart starring in this semiautobiographical, psycho-sexual tale about a man with severe cerebral palsy and a fetish for girls with long hair. Part horror film, part exploitation picture and part documentary of a man who cannot express his sexuality in the way he desires, (due to his physical condition), this fantastical and often humorous tale is told completely from Stewart’s actual point of view – that of someone who has lived for years watching people do things he will never be able to do.. According to Crispin Glover, Stewart “wanted to show that handicapped people are human, sexual and can be horrible.” He also states that It is Fine! Everything Is Fine. will probably be the best film he has anything to do with in his entire career. 2007, 74 min., 35mm.

NIGHT TWO: Wednesday, August 28th at 7:30:
Live Narration: “Crispin Hellion Glover’s Big Slide Show part 1”
35mm Film Screening: “What is it?”
Known for creating many memorable, incredibly quirky characters onscreen as an actor, Glover’s first effort as a director will not disappoint fans of his offbeat sensibilities and eccentric taste. Featuring a cast largely comprised of actors with Down’s Syndrome, the film is not about Down’s Syndrome. Glover describes it as “Being the adventures of a young man whose principal interests are snails, salt, a pipe and how to get home as tormented by an hubristic racist inner psyche.” In addition to writing and directing WHAT IS IT?, Glover also appears in the film as an actor in the role of “Dueling Demi-God Auteur and The young man’s inner psyche.” Actress Fairuza Balk voices one of the snails. 2005, 72 , 35mm.