September 18, 2019 2:51 pm | Filed under: Crash,Crime,Fire,Hamlets,Huntington,Investigations,News,Police/Fire/EMS | Posted by: The Huntingtonian Staff

The Huntington Manor Fire Department responded to a two-car crash with a victim trapped on East Jericho Turnpike and Broadway-Greenlawn in Huntington Station at about 11pm on Tuesday, September 17, 2019. Firefighters used heavy rescue extrication tools to remove the roof from a Toyota sedan and free a trapped passenger. The victim was airlifted to Stony Brook University Hospital by Suffolk Police medevac helicopter that landed in the parking lot of the nearby Stop and Shop supermarket. 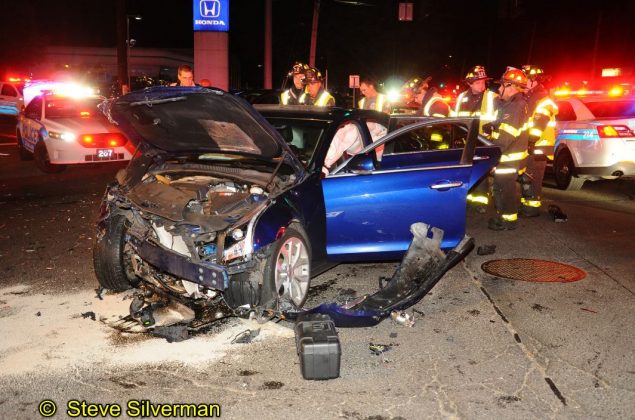 The driver of the Toyota was transported to Huntington Hospital by the Huntington Community First Aid Squad. The driver of the second car involved, a Cadillac sedan, was arrested by Suffolk Police and charged with driving while intoxicated. About 40 Huntington Manor firefighters were on the scene with four trucks and two additional engines at the helicopter landing zone, under the direction of Assistant Chiefs Chuck Brady and Jim Glidden. 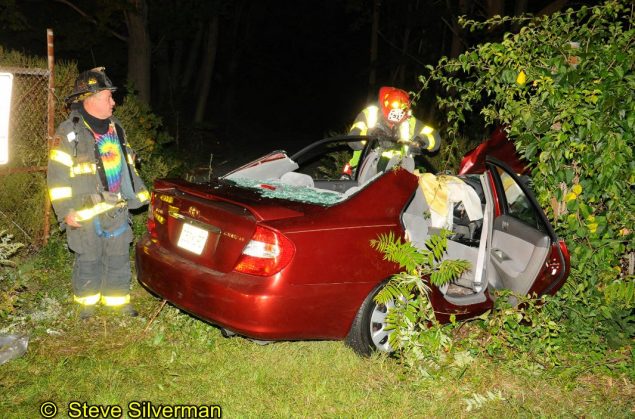 Sky Derival was driving a 2013 Cadillac sedan eastbound on Jericho Turnpike when he attempted to make a left turn onto Broadway and collided with a westbound 2002 Toyota sedan at approximately 11 p.m. Fatima Vilorrio, 32, of Huntington Station, a passenger in the Toyota, was airlifted via Suffolk County Police helicopter to Stony Brook University Hospital for treatment of non-life-threatening injuries. The driver of the Toyota, Lesbi Dominguez, 18, of Huntington Station, was transported via ambulance to Huntington Hospital with minor injuries. Derival was not injured. 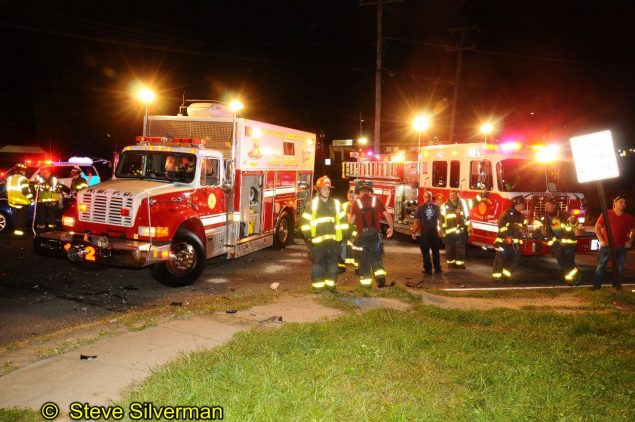 Derival, 32, of 57 Bogart St., Huntington Station, was arrested and charged with Driving While Intoxicated. He is being held overnight at the Second Precinct and is scheduled to be arraigned at First District Court in Central Islip on September 18, 2019.