The Huntington Manor Fire Department responded to a fully involved car fire early Tuesday morning, November 26, 2019 at 12:26am on East 9th Street in Huntington Station. Chief Jon Hoffmann and First Assistant Chief Chuck Brady were first on scene with crews from engines 3, 4, and 17 quickly extinguishing the blaze. There were no injuries reported. 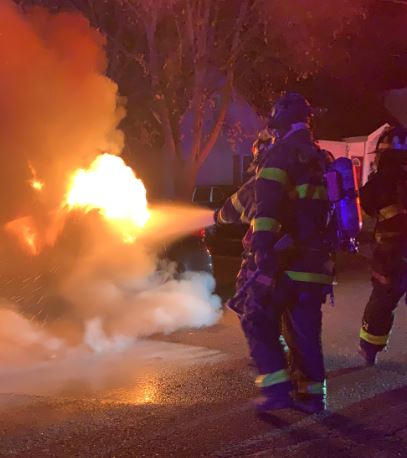 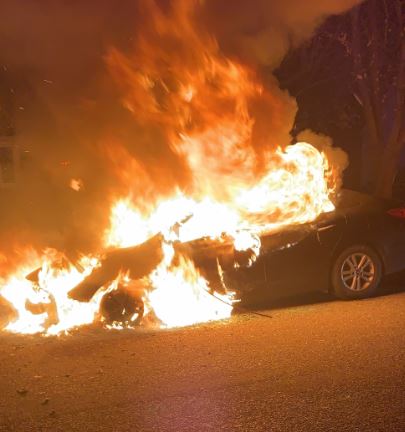 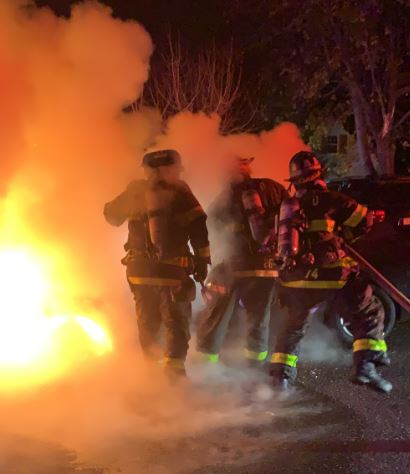