Over 300 Inmates Released in the Lead Up to January 1st.

In Suffolk County, 301 inmates were released by the courts under this new law in the month leading up to its enactment. These are inmates who otherwise would have been held on bail or bond, depending on the severity of the crime and the defendant’s past criminal history.

“Judges used to have some discretion on whether or not an individual should be held on bail,” says Sheriff Errol D. Toulon, Jr. “Now, it is black and white – no bail for these crimes, regardless of the impact to the community. The offender will be given a court date and told to come back for court.”

Sheriff Toulon points to a few inmates who have a history of recidivism. 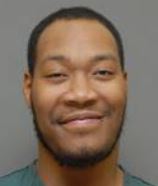 Lonnie Pernell, 23, of Centerport, NY, was in and out of the Yaphank Correctional Facility five times during the months of November and December for criminal contempt in the 1st degree. Each time, he was released on his own recognizance under the guidelines of the new bail reform law. Mr. Pernell, who is reportedly homeless, was arrested for continued intentional disobedience or resistance of the lawful order of the court by violating that court’s order. After each arrest he was released on his own recognizance just to reoffend again. In the past, the judge could have used this information to set a higher bail each time or even remand him to jail without bail. Now, he must be released with a date to return to court. 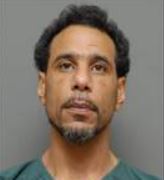 Dwayne Ross, 46, of Shirley, NY, was arrested in early December for strangulation in the second degree. He posted a bond and was released, only to be arrested two weeks later for criminal contempt in the second degree. The judge was unable to use his recent arrest for strangulation as a factor in the decision of whether or not to set bail. The new law makes it clear: Mr. Ross must be released on his own recognizance, regardless of his criminal history or threat to the community.

The new bail reform law also allows for the court to accept a partially secured bail bond through the court system, rather than through a bail bondsman. 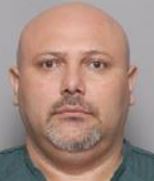 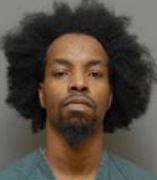 Dwayne Robinson, 33, of Amityville, NY, recently posted bond after being arrested for assault in the 2nd degree. Despite his alleged crime and his association with the Bloods street gang, under the new bail reform law he was able to post a small bond of $5,000 and was released.

Many of these crimes are surprising to NY residents who do not find them to be “non-violent.” Some crimes included in this bail reform legislation include:

In addition to the safety concerns of repeat offenders and potentially violent criminals walking the streets, these defendants will never enter the correctional facility and avail themselves of the many programs and services available while incarcerated in Suffolk County.  Inmates often detox upon entering the facility, coming off of drugs and alcohol in a safe environment.  They can then begin addiction programs, therapy programs, high school equivalency classes, specialized youth and 55+ housing areas, and more.  If these offenders are not remanded by the courts, the chances of them entering a program are very slim.

Human trafficking is also a big problem in Suffolk County, and many human trafficking victims are only identified and helped once they enter the facility on an unrelated charge. Once in the facility, steps are taken to identify these victims and help them move on from their traffickers.

The release of 301 inmates under this new legislation is deeply concerning to Sheriff Toulon. “As we look at the effects of the ‘official’ enactment of bail reform, there are clearly serious issues with this state law. Judges MUST have discretion to determine bail based on a criminal defendant’s likelihood to re-offend and cause further pain to his or her victims and the public at large,” says Sheriff Toulon. “The New York State Legislature should amend or repeal bail reform now.”