New York State’s new bail reform law took full effect on January 1, 2020. Defendants who once would have been remanded to county jails on bail for misdemeanors and some felony charges are now required by this law to be released on their own recognizance from court.

In Suffolk County, from January 1 to January 20, 2020, the time period since the legislation took effect, remanded inmates are down 64% from the same time period last year.

As previously reported, 301 inmates were released from the Suffolk County Correctional Facility from November 15 through December 31 in anticipation of this law. These were inmates who could no longer be held on bail or bond, regardless of the severity of the crime, and the defendant’s past criminal history.

Since January 1 of this year, 172 individuals have been remanded by the courts to the jail, as compared to 475 during the same period last year.

Sheriff Toulon has often stated that jail can be an opportunity for individuals to connect with substance abuse and mental health services prior to being released back into communities and even a brief stay can positively affect defendants, and give crime victims an opportunity to create a safety plan.

The Sheriff said, “We have to stop looking at jail time as just punitive.  It can be a time for intervention.  It can be that moment in someone’s life that sets them on a path towards recovery.”

Yesterday, the Sheriff joined Nassau County Executive Laura Curran and top Law enforcement officials from Long Island in creating a new “Common Sense” coalition to recommend changes to the bail reform law. The recommendations are expected to be sent to State lawmakers this week. 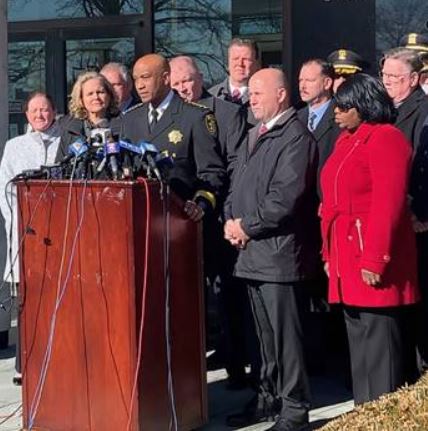